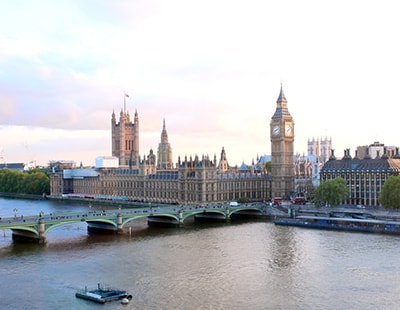 The government’s new Levelling Up White Paper, revealed this morning includes a radical reshaping of the private rental sector.

Section 21 eviction powers will be removed  and Housing Secretary Michael Gove says this will “end the unfair situation where renters can be kicked out of their homes for no reason.”

In addition all homes in the private rental sector will have to meet a minimum standard to be known as the Decent Homes Standard.

The White Paper does not stop there. It adds: “We will consult on introducing a landlords register, and will set out plans for a crackdown on rogue landlords – making sure fines and bans stop repeat offenders leaving renters in terrible conditions.”

There’s more - the government says home ownership will be boosted via a new £1.5 billion Levelling Up Home Building Fund being launched, which will provide loans to small and medium sized developers and support the government's wider regeneration agenda in areas considered a priority for levelling up.

The government is also committing to build what it calls “a more genuinely affordable social housing.” A new Social Housing Regulation Bill will be introduced following the Grenfell tragedy in 2017.

The ‘80/20 rule’ which leads to 80 per cent of government funding for housing supply being directed at ‘maximum affordability areas’ – in practice, London and the South East – will be scrapped, with much of the £1.8 billion brownfield funding instead being diverted to transforming brownfield sites in the North and Midlands. Metro Mayors will be allocated £120m of this funding.

The whole Levelling Up White Paper is vast and far-reaching with 12 so-called missions, given legal status in a flagship Levelling Up and Regeneration Bill. This will “shift government focus and resources to Britain’s forgotten communities throughout the 2020s.”

Here are the 12 missions:

1. By 2030, pay, employment and productivity will have risen in every area of the UK, with each containing a globally competitive city, with the gap between the top performing and other areas closing;

2. By 2030, domestic public investment in R&D outside the Greater South East will increase by at least 40% and at least one third over the Spending Review period, with that additional government funding seeking to leverage at least twice as much private sector investment over the long term to stimulate innovation and productivity growth;

3. By 2030, local public transport connectivity across the country will be significantly closer to the standards of London, with improved services, simpler fares and integrated ticketing;

4. By 2030, the UK will have nationwide gigabit-capable broadband and 4G coverage, with 5G coverage for the majority of the population;

7. By 2030, the gap in Healthy Life Expectancy between local areas where it is highest and lowest will have narrowed, and by 2035 HLE will rise by five years;

8. By 2030, well-being will have improved in every area of the UK, with the gap between top performing and other areas closing;

9. By 2030, pride in place, such as people's satisfaction with their town centre and engagement in local culture and community, will have risen in every area of the UK, with the gap between the top performing and other areas closing;

10. By 2030, renters will have a secure path to ownership with the number of first-time buyers increasing in all areas; and the government’s ambition is for the number of non-decent rented homes to have fallen by 50 per cent with the biggest improvements in the lowest performing areas;

11. By 2030, homicide, serious violence, and neighbourhood crime will have fallen, focused on the worst-affected areas;

12. By 2030, every part of England that wants one will have a devolution deal with powers at or approaching the highest level of devolution and a simplified, long-term funding settlement.

Levelling Up Secretary Michael Gove says: “The United Kingdom is an unparalleled success story. We have one of the world’s biggest and most dynamic economies. Ours is the world’s most spoken language. We have produced more Nobel Prize winners than any country other than America.

"But not everyone shares equally in the UK’s success. For decades, too many communities have been overlooked and undervalued. As some areas have flourished, others have been left in a cycle of decline. The UK has been like a jet firing on only one engine.

"Levelling Up and this White Paper is about ending this historic injustice and calling time on the postcode lottery.

“This will not be an easy task, and it won’t happen overnight, but our 12 new national levelling up missions will drive real change in towns and cities across the UK, so that where you live will no longer determine how far you can go.”

And beleaguered Prime Minister Boris Johnson adds: “From day one, the defining mission of this government has been to level up this country, to break the link between geography and destiny so that no matter where you live you have access to the same opportunities.

“The challenges we face have been embedded over generations and cannot be dug out overnight, but this White Paper is the next crucial step.

“It is a vision for the future that will see public spending on R&D increased in every part of the country; transport connectivity improving; faster broadband in every community; life expectancies rising; violent crime falling; schools improving; and private sector investment being unleashed.

“It is the most comprehensive, ambitious plan of its kind that this country has ever seen and it will ensure that the government continues to rise to the challenge and deliver for the people of the UK.”

New Housing Secretary Michael Gove is reported to be set to...

Ministry of Housing rebrands but it’s still a bit of a mouthful ...

The Ministry of Housing, Communities and Local Government (MHCLG) has changed...

Government unveils new levelling up law - what it means for estate agents ...

Agents have told Housing Secretary Michael Gove that his Levelling Up...