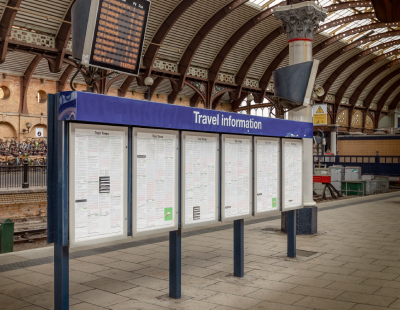 High profile conveyancing supremo Rob Hailstone makes many announcements about government and industry housing policy - but he is less keen on announcements of another kind, coming from railway stations and on-train tannoys.

Transport Secretary Grant Shapps has recently revealed that the frequent on-train and on-platform announcements made by railways staff will be toned down in both frequency and volume in a bid to end travellers being annoyed when tannoyed.

Hailstone has more than a passing interest in the subject because his office, from which he runs his Bold Legal Group, is in a former railway signal box at a station.

In a letter to the Daily Mail welcoming the quiet initiative, Hailstone says: “I’m no fan of Grant Shapps who as housing minister was partly responsible for the scrapping of Home Information Parks, which is why we still have a slow home buying and selling process.” 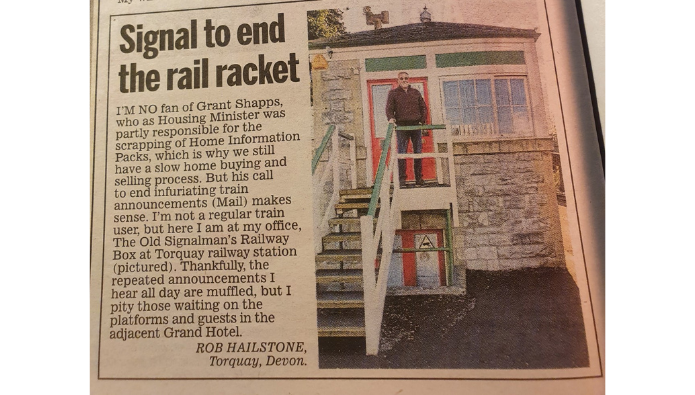 With a picture showing Hailstone outside the Old Signalman’s Railway Box at Torquay railway station, his letter continues: “But Shapps’ call to end infuriating train announcements makes sense. I’m not a regular train user but here I am at my office.

“Thankfully the repeated announcements I hear all day are muffled, but I pity those waiting on the platforms and guests in the adjacent Grand Hotel.”

Reading between the lines, it seems that Rob is likely to be happy with the signals from government that announcements will be fewer and quieter in future…