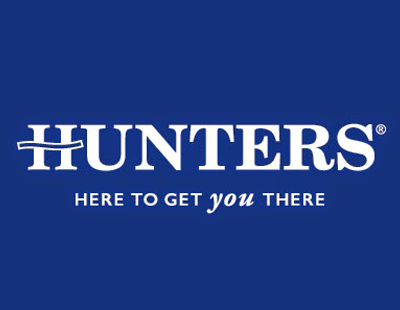 Hunters has tweaked its earlier version of hybrid franchising in a bid to attract self-employed agents.

Hunters Personal was launched with a fanfare last June with the company - part of The Property Franchise Group - claiming it allowed agents to operate either via a Hunters hub or work from home “on their own terms.”

At the time it was said that Hunters Personal Agents would be independent but could call on the firm’s HQ for marketing, social media exposure, portal access, training and software.

Now Hunters appears to have relaunched a very similar service, with a representative describing it as “a new franchise model and brand” - Hunters has declined to say how many agents have signed up to the Personal service between June and now.

Under the new version, agents operate under a personal license to effectively buy and own a territory.

Under Hunters Personal agents keep 90 per cent of their revenue and can be inducted in only four weeks. “There is potential to progress to opening a physical branch once established and successful” says Hunters.

Glynis Frew, managing director of Hunters, says: “Aligned to shifting living and working trends, our new model will allow Personal franchisees the opportunity to launch and run their own business on their terms, with the full backing and industry-leading support that Hunters offers.

“For those with the appetite to grow further, it provides an ideal foundation for franchise branch ownership including multiple branches. We have always looked to grow our people and this is the next step in that journey.”

Gareth Samples, chief executive officer of The Property Franchise Group, adds: “The property landscape is forever shifting and to stay competitive, it is vital that we offer the flexibility that many are craving amidst the new working world. Hunters Personal personifies this, with huge potential for self-driven agents to make a mark on their territory in both the sales and lettings markets.”

The relaunch statement uses the same case study as the company used in June 2021 - Kiera Wiles, who started as a Personal Agent in 2021 and is now franchise partner of the Hunters Castleford Branch.

She says: “The flexibility and support that comes with this model allowed me to get to grips with running my own business before progressing to managing my own branch. I look forward to further growth and my only regret is not joining the Hunters network sooner.”

Agents told they can ‘work as they wish’ with hybrid agency ...

A self employed franchise estate agent business model has been launched...