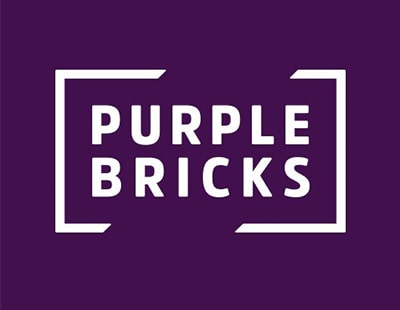 The name of Purplebricks - which once claimed its business model was a global success - has now been removed in its only surviving international territory.

Purplebricks Canada has, from a few days ago, been rebranded as FairSquare Group Realty - with the Purplebricks name, logo and colour scheme expunged.

In July 2020 the UK-based Purplebricks Group sold its Canada operation for some £35m, in a bid for cash to bolster its UK activities.

This was precisely two years after Purplebricks Canada was set up via the acquisition of local online agency DuProprio/ComFree for just over £29m.

At the time of the 2020 sale of the Canadian operation - to international financial services firm Desjardins - it was the end of Purplebricks’ ambitions to become a global brand.

The disposal in 2020 also ended a significant financial burden as the Canadian business suffered an adjusted operating loss of £2.8m for the 10 months to April 2019 and the book value of its gross assets in October 2019 was £11.4m.

The sale in 2020 included the rights for Desjardins to use the Purplebricks brand in Canada for a transitional period until December 2021.

Now that period has ended and the agency has become FairSquare Group Realty, thus finally ending any form of Purplebricks activity or branding outside the UK.

Pascal Laflamme, president of FairSquare Group Realty, is quoted in Canada’s Real Estate Magazine as saying: “That’s why we needed to rebrand from Purplebricks. When we rebranded … to Purplebricks it wasn’t the choice of the business, it was the choice of the shareholders because they wanted to create that global brand. And I felt the marketing, the messaging also, wasn’t perfectly adapted to the Canadian reality.”

He says FairSquare is “a brand that we feel reflects who we are as a business and how we want to be perceived by the customers.”

At the time of Purplebricks’ expansion into Canada in mid-2018 DuPropio/ComFree had built up a profitable 20 per cent market share of the market in the province of Québec, and has recently launched into Ontario and Western Canada.

“Their model of bringing a range of service packages and support, with access to expertise from coaches to legal professionals, is proving highly attractive to the Canadian public, and has aspects in common with the Purplebricks’ model and ethos in the UK, Australia and the US.”