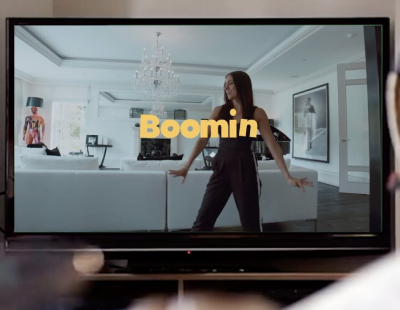 The Bruce brothers’ new portal Boomin has given its first statistics regarding usage following the launch of a new marketing campaign on Boxing Day.

It says site traffic has increased by over 50 per cent - without specifying any absolute numbers of visits -  and it claims the time spent on site has seen a rise of 45 per cent.

Its valuation service has seen 20,200 ‘SmartVals’ sent from vendors and landlords to agents since Boxing Day, with the run-rate doubling over the period. Weekends also drive high demand from homeowners with 1,797 on Saturday alone.

The portal says that the step-up in SmartVal requests over the festive period is driving more business for agents.

In the first week of January alone bookings for appraisals and viewings made through the platform were already greater than the total for the whole month of December. The new year so far has seen a 51 per cent average increase of in-home valuations booked for agents - again without the portal giving the base figure that percentage is based on.

In terms of its different features, Boomin says that since launching in November 2021 its ChainMaker feature has generated over 6,140 ‘hot buyers’ - a statement from the portal says this element of the website say over 2,420 buyer registrations “in a matter of days.”

Boomin founder Michael Bruce says: “Everything Boomin does, all of its innovations and unique features, are solely about creating new business opportunities for agents and drawing more customers into the property market. We are not and will never be a classifieds listings portal; that is yesterday’s model.

"There is a huge amount still to do in terms of building out our strategy, optimising features, enhancing experience, growing agent numbers and increasing customer awareness and site usage.

“We are never complacent about keeping ahead of the game and will be doubling our efforts through 2022 but by any standards we have achieved a huge amount in our first nine months. We will continue to invest in genuine innovation that drives profitable business for agents without asking them to pay more for so-called traffic increases that are neither unique nor do anything to help grow transaction volumes.”

*SmartVal is powered in part by The ValPal Network’s valuation tool, owned by Angels Media, publisher of Estate Agent Today.

Boomin co-founder and chief executive Michael Bruce has returned to the...