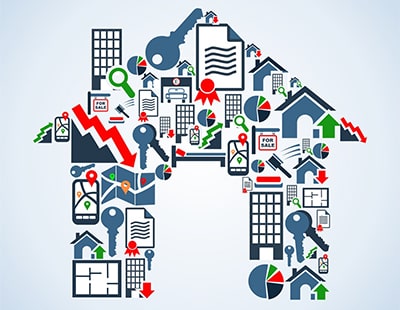 Zoopla has calculated how much the average house price has risen every single day since the start of the pandemic in March 2020.

The portal, in its latest market snapshot, says average UK house prices up £17,508 since the start of the pandemic, and now has hit a typical £235,000.

This is the highest average UK house price on record, and follows a consistent six month average increase of £44 per day; this acceleration in growth is up from £30 per day in the six months prior.

Meanwhile, average house prices are up £23,357 in Cambridge since March 2020, whereas they have fallen by £2,600 in Aberdeen over the same period.

While the stamp duty holiday for England and Northern Ireland will conclude at the end of this week following the tapered period at the end of September, Zoopla insists there’s no sign that demand or activity is abating.

The market is continuing to move at its quickest pace for the past five years with the time between listing a property and agreeing a sale consistently averaging under 30 days each month since May. Typically, time to sell would be over 40 days at this time of year.

In London, buyer demand is up 14 per cent over the past month, albeit with demand for houses up 25 per cent and demand for flats rising a mere six per cent.

The acute stock shortage perpetuates, but evidence suggests that more landlords are bringing properties to the sales market. The proportion of homes listed for sale that were previously available for rent has risen to eight per cent across the UK - up from three per cent two years ago.

Wales is recording the highest level of regional price growth at 9.8 per cent, followed by Northern Ireland and the North West of England both at eight per cent or more.

Gráinne Gilmore, head of research at Zoopla, comments: “The ending of the ‘tapered’ stamp duty holiday has had little impact on buyer demand, which remains higher than typical levels for this time of year.

“The demand coming from buyers searching for space, and making lifestyle changes after consecutive lockdowns, has further to run.

“Balancing this however, will be the ending of government support for the economy via furlough, and more challenging economic conditions overall, which we believe will have an impact on market sentiment as we move through Q4.

“We expect the market to remain busy compared to historical norms, and for price growth to remain in firmly positive territory at the end of the year, although lower than current levels of 6.1 per cent.

“Stock levels will start to rebuild in early 2022 as market activity returns to more normal levels.”

Demand for all types of houses, from terraced to detached, has...