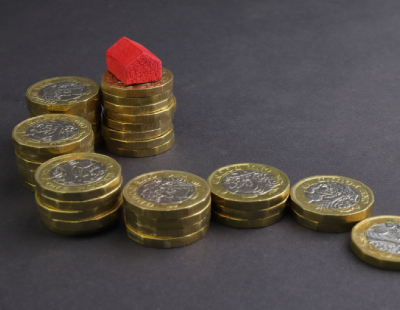 Colliers claims local authorities are losing out on millions of pounds of council tax income because the government’s business rates system is still giving many holiday home and second home owners the opportunity to avoid paying the tax, provided they make their properties available to rent.

“This situation has been made even worse by the pandemic” claims the firm.

Colliers estimates the total loss to local authorities from business rates relief for holiday lets in England and Wales alone is currently around £110m a year - it describes this as “a significant sum that could certainly help bridge the gap in local authority finances, now suffering because of the pandemic.”

Property owners who make their properties available to rent as holiday lets for 140 days of the year can claim they are a small business and as such can elect to pay business rates instead of council tax.

However, as small businesses they can claim for relief on 100 per cent of the business rates payable if their properties have a rateable value of less than £12,000. Those properties with a rateable value between £12,000 and £15,000 are also entitled to some tax relief.

Colliers says the designation of properties as holiday lets is a growing phenomenon - in Cornwall, Devon, Somerset and Dorset combined, some 9,600 new properties are claiming 100 per cent business rates relief over the past four years.

The South West now has 21,312 properties in the rating list that are eligible for 100 per cent business rates relief and Colliers has estimated that if these properties at least paid council tax the local councils would benefit by £35.5m annually.

Looking at England and Wales as a whole, Colliers estimates there are over 73,000 holiday let properties eligible for 100 per cent business rates relief.

“Despite posturing to look into this loophole whereby second home owners are able to avoid paying both council tax and business rates by stating their homes are available to rent for 140 days, it is astonishing that nothing has been done by the government in the last four years to reform the system” says John Webber, Colliers’ head of business rates.

“Given the pressure on local authority finances, we find it incongruous that this loop hole has not been closed and it is unfair that the local tax burden remains weighed onto local residents or other types of businesses that are struggling to pay their bills.

“We want to make it clear we don’t blame the homeowners that take advantage of this tax break through making their properties available to let - this could be considered sensible tax planning.

“However we do blame the government for over-seeing this mess which inevitably leads to friction in many coastal resorts. Most second home owners would gladly pay the minimum of council tax and neither need or expect this windfall at a time when public services are under enormous pressure.

“The fact that this trend of flipping from the council tax to the business rates list is growing every year is also a real cause of concern. A £110m loss of council tax every year will soon mount up over the years. The government really needs to reform the system and consider the state of local authority finances when it announces its business rates reforms this autumn.”

The government has failed to take the opportunity of the Spring...

A consultation exercise on government proposals for its business rates review...