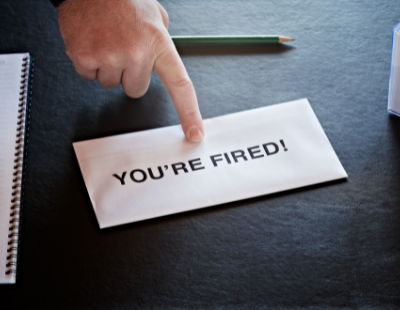 An estate agent has been sacked after being identified as one of two people accosting England's chief medical officer, Professor Chris Whitty.

A video circulated recently on social media shows two men laughing and jeering as they grab hold of Whitty.

The professor is now being given additional security as a result.

In The Sun Hughes is described as having been on an anti-vaccination march on Sunday when he and a friend spotted Whitty at about 3pm in a central London park.

“They filmed the encounter — with the 18-second clip sparking outrage when it went online and was viewed around the world. Hughes, who worked for Caplen Estates Agents, admitted having a couple of drinks first" the paper says.

The ex-agent himself is quoted by the paper as saying: "I absolutely apologise for any upset I caused. If I made him feel uncomfortable, which it does look like I did, then I am sorry to him for that. He is quite a timid, shy person and I think that is why he didn’t say ‘Get off me’. If he had said that and I had realised how he felt, I wouldn’t have put my arm round him.”

The incident provoked a strong rebuke from Prime Minister Boris Johnson who said: "I’m shocked at seeing the despicable harassment of Chief Medical Officer Chris Whitty. I condemn the behaviour of these thugs. Our hard-working public servants should not have to face this kind of intimidation on our streets and we will not tolerate it.”

The Metropolitan Police says in a statement: "We are aware of a video being shared online showing an incident that took place in St James's Park ... Officers were in the vicinity policing a nearby demonstration and intervened when they saw what was happening.

"They spoke to the victim and checked his welfare. He had not suffered any injuries and informed officers that at that time he did not wish to make any allegations. He then went on his way. Officers continued to speak to the two men and recorded their details. They were robustly warned about their behaviour and ordered to leave the area."

The Sun had the scoop about Hughes and you can see the paper's story here.