We’re about to enter August and second half of the Olympic Games - and fund-raising is happening at a Gold medal rate.

If you want to be part, please email us on press@estateagenttoday.co.uk.

So, deep breath and here we go with a long list…

Magic Moments:  Fundraisers from Spicerhaart have stepped forward after months of lockdown restrictions to raise £26,000 to take children from hospices across the UK on a dream holiday to Disneyland Paris.

Employees, family and friends signed up for the half marathon around London’s landmarks which took place on July 18 to raise money for the organisation’s independent children’s charity, Magic Moments.

The 13.1-mile route passed landmarks including the London Eye, Tower Bridge, Big Ben and The Monument. The event was organised by Spicerhaart’s Steven Williams, who says: “Not only are we raising funds for a great cause, but I felt it was important, after many months of working from home, to bring our team together and create a sense of camaraderie. 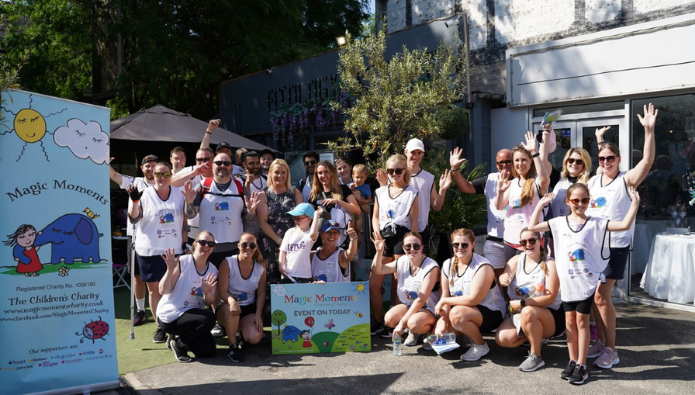 “We made it a family-friendly event to ensure everyone could get involved, at their own pace. Fifteen people walked the route, and some even brought their dogs! We also had lots of volunteers to man the water stops, support vehicles, guide the route and much more.”

Emma Barber, chair of Magic Moments said, “We are planning two trips to Disneyland Paris in the next 12 months with the goal of taking 10 to 15 families each time, subject to Covid restrictions and travelling safely.”

With trips to Disneyland Paris on hold for the past year, Magic Moments donated iPads and Disney memorabilia to the hospices to help vulnerable families to communicate and allow the children to enjoy a bit of Disney magic.

He’ll be accompanied by Jo Ryan from Gibbs Gillespie, Abigail Grey of Grey & Co, Jayne O'Brien from Eden May, and Scott Henderson of Martyn Gerrard as well as Sam's colleagues from her nursery, and some of her friends.

Stephen’s son Joel will also be walking the half marathon on the same evening along with Sam's sister Melanie and best friend.

“If anyone else would like to join us, please can they contact me” adds Stephen - his email is stephen@sjbconsultancy.co.uk.

Here’s the link for donations.

In addition, Stephen’s provided Agents Do Charity readers with an update on his fantastic work providing laptops for schools - as of July 28, just two days ago, the total of £73,000 had been generously donated with 667 laptops or tablets distributed to schools throughout the UK.

Mind: O’Riordan Bond – an eight office independent sales and lettings agent in Northamptonshire - has raised almost £8,000 during the first half of 2021 for Mind Northamptonshire, its nominated charity for the year.

“The O’Riordan Bond team has been working hard throughout 2021 with the added incentive of raising money for what is such an important charity – especially after the last 18 months of the pandemic” comments Gemma Finch, marketing manager.

“As we enter the July – September quarter we are delighted to have handed over almost £8,000 to Northamptonshire Mind so far this year and all sixty of our staff are focused on trying to match this amount over the remaining six months so we hit £15,000 for the year – which was our target at the beginning of 2021”

For July, August and September a donation is now being made for each valuation that is carried out by O’Riordan Bond . The company - which opened their first branch 26 years ago - has set itself the goal of raising £15,000 by the end of 2021.

With the support of talented and generous North Cornwall artists, photographers and illustrators, the auction will raise much-needed funds for these two local charities that are close to the agency’s heart.

Twenty-seven works of art, all portraying aspects of North Cornwall scenery and life, have been donated by 24 artists with reserve prices ranging from £75 to £750. The showcase of talent is wonderful with a huge variety of artwork from digital, oil, watercolour and photographic, and there are originals and limited editions. Interested buyers can register in advance online here. 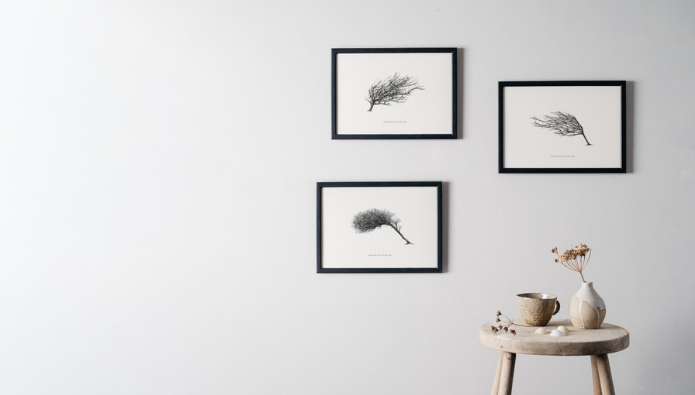 The auction goes live to the wider community on August 1 and ends on August 18 at 9pm.

John Bray’s Josephine Ashby says: “Never has a vibrant and supportive community been such a desirable asset when it comes to property choice. We’re so fortunate to live in an area where businesses and individuals help support those who are struggling. We’re enormously grateful to the wonderful artists who are helping us with this auction; the proceeds will provide much-needed support for these two fantastic charities.”

“On July 25 I set off on a very personal fundraising challenge for the Mindstep Foundation which we established in memory of our beautiful son Maxwell, who took his own life at just 22 years of age after suffering from clinical depression.

“Three years on and eight very good friends and I are on a pilgrimage to trek the 177 miles of Offa’s Dyke national trail, walking the length of Wales from Prestatyn to Chepstow – to raise awareness and funds for a very necessary cause.

“The Mindstep Foundation will donate all funds raised to a wellbeing centre at St Alban’s Catholic School in Pontypool, South Wales, where Max was a volunteer teacher during the summer term before he died.“ 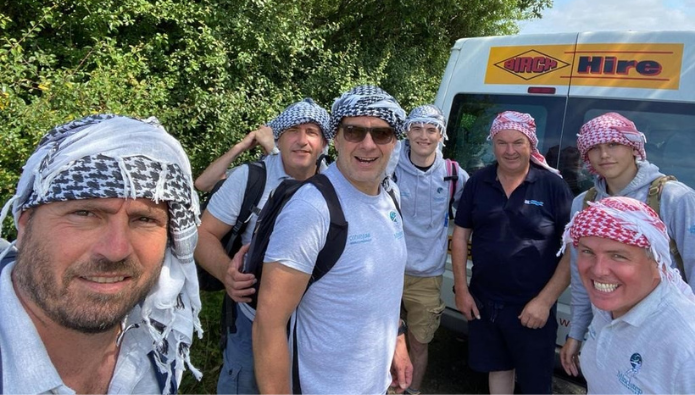 The school is desperate to establish its Sanctuary intervention centre and gymnasium. The Sanctuary will provide support for hundreds of young pupils, many of whom face daily challenges that many of us would find it difficult to comprehend.

“When we lost Max, we started to look at the statistics: over 80 young men under 27 years of take their own lives every week in England and Wales - 11 every day - over 4000 a year. We were driven to try and make a difference.

“We established the Mindstep Foundation to help raise awareness and we are working with the Suicide Research Prevention Faculty at University of Glasgow to help us find a solution and to ensure that no one suffers the loss and pain that we have with Max’s passing.”

So far £5,285 has been raised - and there’s still this opportunity to contribute. 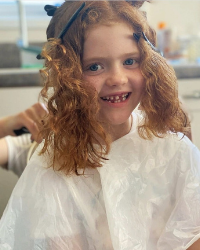 The Little Princess Trust: Finally this week, we have little Maddie - her father Chris is the director of Hayward Fox Estate agents in the New Forest.

Six-year-old Maddie gave her own beautiful locks to the The Little Princess Trust to cheer others who have lost theirs. The cost of making a wig is £550 and Maddie raised £655!

The Little Princess Trust uses donated hair to make real hair wigs for children and young adults (up to 24) who have lost their hair to cancer and other conditions.

Fantastic work Maddie - you are brilliant!

Agents Do Charity - more great work by the industry ...

Hello and welcome to this week’s list of good work -...

Hannah Gill from Newman Estate Agents in Rugby has won a...