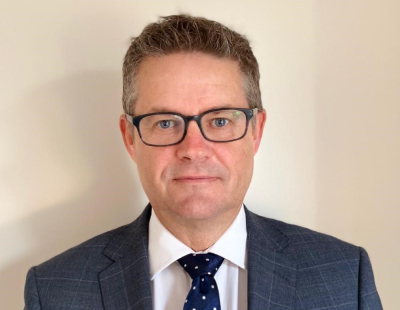 The founder and managing director of FCS Compliance, Jerry Walters, has died suddenly.

A statement from the company says he died during a cycle ride through the mountains of Wales on Friday June 25.

Before setting up FCS Compliance in 2016, Walters worked for 30 years in financial crime and fraud investigations for Thames Valley and the City of London Police forces.

During this time he investigated and led the prosecution of numerous serious and complex money laundering cases and in 2013 he was named UK National Detective of the Year.

In 2019 FCS Compliance was acquired by LonRes, prompting an expansion of the service into the property, art and legal sectors.

LonRes chairman William Carrington says: “Jerry’s sudden passing has shocked us all and he will be greatly missed by the whole team.  He will not only be remembered as a true master in AML but also for his extraordinarily kind and generous character.

“Our thoughts are with his family, particularly his wife Caroline and children, Megan and Henry.

“Jerry was passionate about FCS Compliance representing the gold standard in AML service provision and he achieved that. He leaves behind a company well-positioned to continue delivering on that ambition well into the future.”

Friends and colleagues are invited to share their memories and messages with the Walters family at RememberingJerryWalters@fcscompliance.co.uk.

Another agency signs up to regional independents' group ...

Another estate agency has signed up to Experts in Property, a...

Estate agents are being encouraged to go green this Friday to...

As Christmas gets ever-closer, today’s video from an industry supplier is...

OK, so the headline has drawn you into the story -...