Masks: Agents ‚Äòshould wear them even if public not in branch‚Äô

Yopa secures yet more investment as it reveals ‚Äòreduced losses‚Äô 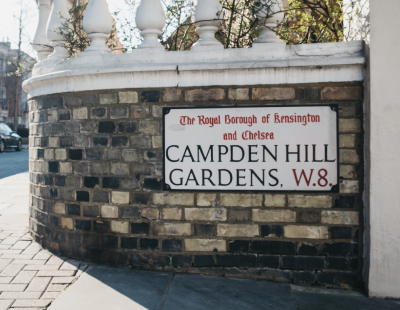 Research by an estate agency comparison service has revealed which type of road address produces the highest average price.

GetAgent has analysed property sales across England and Wales over the past year and has found that an address on a traditional ‘Road’ is the most popular, but ‘Hill’ finds the highest average sale price.

The analysis shows that in the past 12 months 30 per cent of all homes sold were located on a Road, with Close and Street also proving popular accounting for a further nine per cent of transactions each.

Avenue accounted for seven per cent of all homes sold, with Drive not far behind at six per cent.

However, when it comes to sale prices, Hills perform best - even though they account for only one per cent of all transactions over the last year, with typical sale prices of £335,000.

Lane and Gardens were the next most prestigious road types in terms of value, with an average sold price of £290,000.

Park (£272,500) and Rise (£270,000) also performed well where sold prices are concerned, although Green, Way, Road, Close and Mews additionally came in above the average for England and Wales.

Colby Short, GetAgent chief executive, says: “[Results are] no doubt influenced to a degree by some clever branding by property developers to create a more desirable image and an air of prestige with these more exclusive sounding road types.”

What's in a domain name? Your chance to own Property.co.uk ...

What may just be the UK’s ultimate property domain names have...

Does 'Holly Road' or 'Christmas Street' sell quicker and for more? ...

With the festive season in full swing, Knight Frank’s researchers have...

The domain name Houses.co.uk - which we reported last month was...

Ultra slow broadband speeds could knock a quarter off the value...