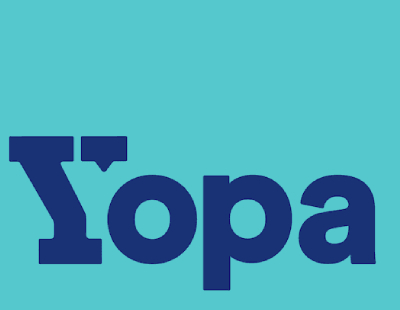 Yopa has instructed two companies to help with its brand building as it battles with other major online players.

A recent statistical analysis of market share via Rightmove Intel data shows Purplebricks with almost 5.1 per cent, Yopa with some 0.9 per cent and Strike approaching 6.5 per cent. A rival measure - looking at reviews, and promoted by comparison site OnlineAgentPicker, puts Yopa at the top after an analysis of Trustpilot and allAgents reviews.

After the appointment of the two branding companies, Pip Heywood - chief marketing officer at Yopa - said: “The teams, their data-led approaches and clear understanding of what customers want and need set them apart. They have already developed industry-leading solutions to our brief and, as a company that grew over 75 per cent in revenue terms last year, I’m confident their combined support will catapult us even further ahead.

“We’ve made many learnings [sic] from our past campaigns and have a very different approach to how we’re prepared to flight media and what type of creative we need as a result. This insight, combined with the customer empathy and media acuity both agencies are bringing to bear, means we’re fighting fit to spur on Yopa’s next stage of growth.”

M.i.Media is described as “working with Yopa to form a comprehensive media strategy centred on data to deliver immediate growth, but also lay the foundations for gathering actionable insights by media, creative, regionality and audience for future campaigns.”

Meanwhile the Yopa statement continues: “Happy Hour’s input will be invaluable, as they use their full-service knowledge and expertise to maximise every aspect of an advertising campaign, delivering immediate and substantial improvements in effectiveness. Happy Hour will design, create and maintain a portfolio of relatable messages that are delivered at various key points throughout Yopa clients’ individual journeys.”

Another online agency asked to amend website after complaint ...

YOPA, the online agency that recently had an extensive TV campaign,...