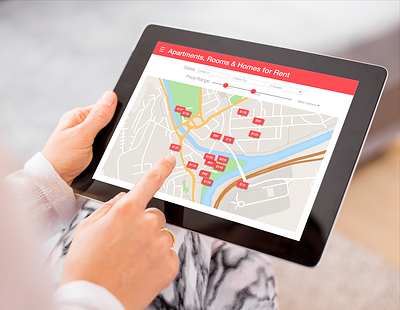 The Bruce brothers' new portal Boomin has launched a day early - and no, this isn't an April Fool.

The site went live this morning and you can see it here.

The decision to go live 24 hours ahead of schedule follows the release of membership data from Zoopla, which shows it added around 2,400 estate agency branches  since the first lockdown, taking its total branch and new homes figure to over 19,500 - a three year high. Boomin's advance publicity says it's on around 5,000 branches.

Andy Marshall, Zoopla’s chief commercial officer says: “As we mark just over a year in since the first lockdown began, we’re delighted that during this time over 2,400 new customers have chosen to partner with Zoopla.”

He continues: “Our investment in improving our product offering is also paying dividends for agents, with listings that offer virtual viewings selling and letting 12 per cent faster than those without, resulting in a six per cent increase in leads.”

And he promises “more exciting launches soon” of products aimed at agents.

Zoopla says it’s continued to improve the service it offers to customers over recent months, with the launch of its Vision in January marking 18 months of development, and millions of pounds of investment.

A statement from the portal says: “Harnessing Zoopla’s influence as a leading consumer brand, as well as its heritage and scale, the vision has started the process of transforming Zoopla from beyond a portal to an ecosystem of complementary products and services. The vision aims to keep consumers engaged year after year, on and off-portal and ultimately keep momentum in the market.”

The statement adds that since Zoopla’s purchase by global private equity firm Silver Lake some two and a half years ago, “a new leadership team has been implementing a focused strategy investing substantially in talent, technology, marketing and sales to help Zoopla enhance the service it offers consumers and to meet its ambitious growth plans.”

Yesterday OnTheMarket revealed it had signed a media deal with the UK’s largest news publisher, Reach - owner of nine national news brands including The Mirror, The Express and the Daily Star.  Its 110 regional titles include the Manchester Evening News, Liverpool Echo and Bristol Post, along with over 70 online brands including the ‘Live’ network of sites and hyperlocal online platform ‘InYourArea’.

And earlier this week Rightmove revealed that on one day in late March it hit a record 9.1m visits in a 24 hour period for the first time.

** Tomorrow, Good Friday, both Estate Agent Today and Letting Agent Today will be dominated by good works undertaken by our industry - charitable donations and heroic fundraising going on despite the challenges of the pandemic. Do please check in on both EAT and LAT on Good Friday and throughout the Easter weekend.

A survey of portal usage shows a low level of trust and customer...