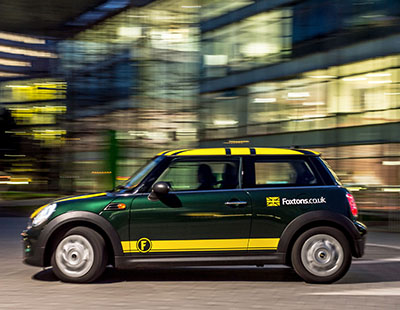 A leading market commentator says the acquisition of London agency Douglas & Gordon represents “a strategic step change” for Foxtons - but one which may pay off.

Anthony Codling, now head of PropTech platform Twindig and a long-standing commentator on the agency industry, says “This is a strategic step change for Foxtons who have always believed that their strong culture meant that organic growth was best and that taking outside help was a sign of weakness - if you hire externally or seek growth externally are you saying that you cannot achieve that growth or grow those skills in house?”

However, he says Foxtons couldn’t look this gift horse in the mouth - the D&G business has been sold for what some other commentators regard as a snip, £14.25m.

“Such a meeting of minds makes sense, the challenge will not be the logic of the acquisition but keeping hold of the landlords they acquire” says Codling, referring to the substantial D&G lettings book which was a key part of the reasoning behind the deal.

Meanwhile more details of the purchase have been revealed.

While the Douglas & Gordon brand will remain, and the 200 staff at 19 branches transferred to Foxtons, the veteran D&G chairman and lead shareholder Michael Hodgson will step down.

Current chief executive James Evans - who spent 13 years at Foxtons before moving to Douglas & Gordon - stays at the helm.

Evans was involved in both the Foxtons private equity sale in 2007, as well as its entry to the stock market in 2013.

“We have so many loyal customers and clients that love the D&G brand and people.  And we look forward to taking care of them for many more years to come under the D&G name and with new owners, that will only build on ‘the D&G way’ they’ve come to love, giving exceptional client and customer service” he says.

An estate agency says London’s sales market is now at its busiest...

Foxtons has this morning announced that it’s selling off the sales...

A former senior Foxtons and Douglas & Gordon agent has hit...