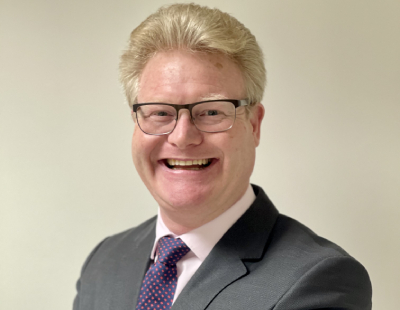 Nathan Emerson, the new chief executive of Propertymark, says his mission is to make the organisation more transparent - and to debunk myths about what’s going on.

His elevation to the leadership earlier this month came after high profile departures at the top of the organisation over the past year. The most recent was the resignation of the permanent chief executive, Tim Balcon, after little more than four months.

Emerson is quick to dismiss speculation that such departures add up to a crisis, nor indicate anything sinister because they have not been explained in the round.

“Look at the industry as a whole - a 15 per cent turnover is pretty normal. We [at Propertymark] are far below that, so people do focus on the names that change. There’s nothing sinister, this is an evolving company” he says.

“Actually things are not as people would often interpret … We have in every organisation a condition of change. What Propertymark hasn’t done is explain enough about the things it is doing to evolve” according to Emerson, in an interview with Estate Agent Today editor Graham Norwood.

“We have a very strong headline brand and sometimes that strength of brand acts as a shield to what you’re actually doing and evolving. We need to communicate that wider, and be more pro-active.”

However, the new head figure recognises there is PR work to be done with the membership, saying: “I am keen to engage more and I am keen to drive more transparency out there, to allay everybody’s fears."

Emerson, a former senior director with a 25-year track record at respected regional agency Pygott & Crone, has been on the Propertymark board since 2017 and has been a popular choice for interim chief executive.

“I stepped into the role as interim and that’s exactly what it means. [The organisation] needs some stability, it needs some reputational work doing to it, and also people do need to see results” he says.

Emerson’s work as a property consultant has seen him prepare organisations for ‘the next stage’ and that’s exactly what he sees himself doing as chief executive at Propertymark, for however long that's required.

“The reason I want to keep that focus short term is that if you don’t have it, things drift …  and one thing I’d like the organisation to be seen as, and shown as, is more responsive than some people would believe it is.”

The full interview covers more about Propertymark and its recent challenges, discusses whether it’s fit to act as an industry body in a more regulated agency landscape, and issues such as agency consolidation and increasing use of PropTech - a particular interest of the interim CEO.

The video interview will be on Estate Agent Today on Saturday.

Exclusive: Spot Checks on agents by Propertymark as ‘semi-regulator’ ...

Propertymark conducts spot checks on agents to ensure they are compliant...