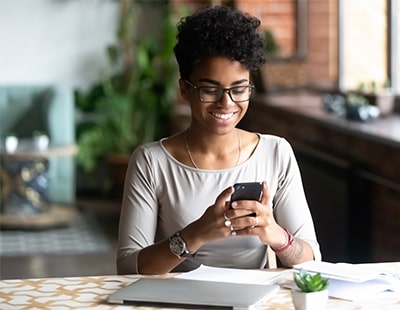 Agents can win more instructions by using text messages to prospective sellers as part of a short term ‘nurture’ campaign, according to a PropTech supplier.

The ValPal Network, which consists of over 1,100 brands with more than 4,000 offices across the UK, says analysis of data from its MovePal nurture tool shows that agencies which contact prospects via text enjoy an average response rate of up to 32 per cent.

The research, analysing sales nurture campaigns conducted by 10 regional agencies, also found that longer-term campaigns enjoyed an average response rate, including via text messages and emails, of 37 to 46 per cent.

The ValPal Network - which is part of Angels Media, publisher of Estate Agent Today and other Today industry titles - says the findings of its own research is backed up by an additional study by business messaging service Mobilesquared.

This suggests that over 99 per cent of all text messages are read by recipients and up to 90 per cent are read within three minutes of delivery.

"Text messaging is becoming a very powerful marketing medium for estate agents with high response rates which can lead to increased appraisal and instruction numbers. Other communication methods such as phone, email and social media remain effective, but agents can increase results by covering all bases and adapting to current trends” says Craig Vile, director of The ValPal Network.

He adds that with many agents focusing on completing transactions ahead of the stamp duty holiday deadline, setting up a nurture programme now can save time on marketing and help build a pipeline of leads for after March 31.

The majority of agents have huge databases of prospects which could be a goldmine of future leads and instructions if managed properly, says Vile, who goes on to add: "If agents give their own databases some TLC, they have the opportunity to generate leads for a fraction of the cost of other marketing methods.

"Prospects will be at different stages of the selling process and an automated nurture campaign can help to gradually move people up the sales funnel until they are ready to instruct."

He suggests an effective nurture programme ensures an agency is still in touch with prospects who were originally tentative but eventually be ready to sell.

And he concludes: ”What's more, with an increasing number of consumers organising a sale outside of traditional working hours, an automated nurture programme allows agents e their potential for further instructions even when they are not working."

New PropTech product nurtures leads for agents - even as they sleep ...