This week’s In Conversation Today interviewee needs no introduction. One of the property industry’s most recognisable names, she has been a familiar face on our TV screens for nearly two decades and has become one of Channel 4’s most bankable stars.

She started out with Property Ladder, before later rescuing families with serious problems with their properties in Help! My House Is Falling Down. Then followed Village SOS on the BBC before the names of her shows started to become eponymous, with Sarah Beeny’s Selling Houses, Sarah Beeny’s Restoration Nightmare, Sarah Beeny’s How to Sell Your Home, Sarah Beeny’s Streets Ahead and Sarah Beeny’s Renovate Don’t Relocate. In addition, there has been Double Your House for Half the Money and the UK’s Best Place to Live.

Her most recent show for Channel 4 – Sarah Beeny’s New Life in the Country – has seen her swap London life for the rural idyll with her husband Graham and their four sons. 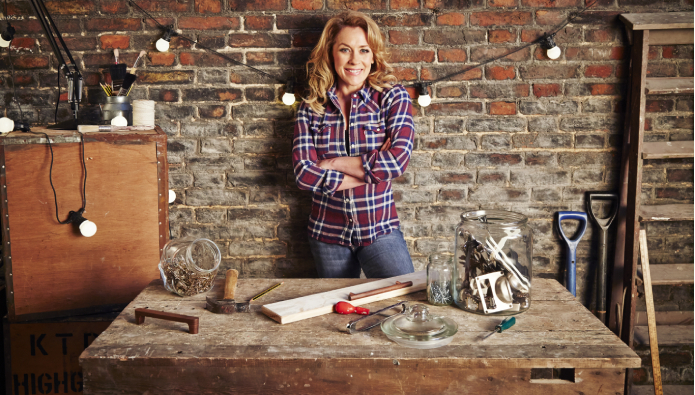 As well as a seemingly ever-present presence on our TV screens, Beeny also had a high-profile involvement in the estate agency sector for many years with her online agency Sarah Beeny’s Tepilo, which was founded in 2009. It started out as a ‘For Sale By Owner’ service, but relaunched as an online estate agency in 2013 just as that sector of the market started to gain some momentum.

It all went a bit sour in late 2018 when Tepilo collapsed after an ill-fated merger with Russell Quirk’s Emoov. In the March of 2018, it had been sold to Emoov as part of a major merger and became a subsidiary of its parent firm, but by December 2018 Emoov had fallen into administration. Emoov and its associated brands were acquired by Mashroom Ltd and relaunched in early 2019 but have made virtually no impact since.

Here, we discuss women in property, her latest series, whether she’d ever make a return to agency, what makes a good estate agent in 2021 and how she now views online estate agency after it all went badly wrong for Tepilo.

As one of the most high-profile female names in the property industry - and a familiar name on Channel 4 for nearly two decades - have you faced any barriers or prejudice along the way because of your gender? And, further to this, how can more women be encouraged into the property world?

I think things are changing, which is great to see - I have come across two female engineers only in the last couple of months which is two more than I came across in the first 10 years of working in property!

I have never focused on the different sexes, but more on an individual’s ability whatever their label. I do think true equality of the sexes, class, ethnicity, etc, will only be there when we all treat everyone with respect, but equally celebrate the differences people have. So, in short, no, I don’t think I have come across it, but honestly, I wasn’t looking for it either.

Your latest series sees you, your husband and your four sons escape London for the country - can you tell us a bit more about the series and the inspiration behind it?

In truth, we were doing the move anyway and it really was a massive decision for me and an emotionally and practically complicated one. It seemed to me that there are so many people who sit on the fence on the decision whether to make a big move or not that it might be a bit inspiring and helpful to see someone else’s ups and downs of taking the leap.

It’s also a few years since we filmed the series in Rise Hall and I thought it would be fun to have the camera around home again now the boys are older. The other massive advantage of filming is it helps you to focus what you are doing and focus is always good!

What made you decide to create your own online agency in 2009 - and, in hindsight, would you have done anything differently?

I wanted the customer to have a choice. I have always found it quite easy to see a gap in the market and estate agency is one area where if you want to save costs, there really weren’t many options.

I think we were too early with our offering and by the time it was the right time, we had de-risked and investors had come on board and we weren’t as nimble to change as the early days.

I think there is a place now for a finding agent as much as an agent to sell your home – personally, I think a good estate agent can charge a great deal as long as they make your life considerably easier and better. Then it’s value for money.

Would you ever re-enter the estate agency industry?

Possibly - not right now as life is pretty hectic having moved to a farm in Somerset a couple of years ago and we are building a new home. We have lots of plans to fully ensconce ourselves here, though, so perhaps not.

Tepilo was a well-known online estate agency. Over 10 years on from its launch, how do you view the online agency model today? Is it still a viable alternative to traditional high street agency?

Yes, but the business model needs to change a bit in my view - there is very much a place for local knowledge and so an agent who has been in one area for years and understands the market inside out is totally invaluable.

It’s just that there should and could be a place for a different offering, particularly in urban locations where comparison valuations are relatively simple.

Thanks very much for the answers, Sarah. The next In Conversation Today interview will appear in two weeks’ time.

Tepilo has launched a new TV advertisement and is offering new...