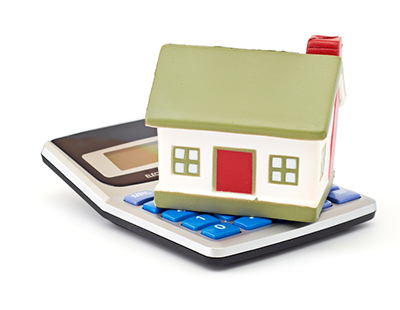 A group that last year floated the concept of a one-off wealth tax - which would include taxing main homes as well as holiday and buy to let properties - has returned to the idea, just a few weeks before the Budget.

The Wealth Tax Commission was set up last April to consider a one-off tax to help recoup cost of measures to alleviate the effects of Coronavirus.

The Commission is entirely independent from government and its recommendations are not endorsed by HM Treasury or HMRC, but it is seeking to influence policymakers, including Chancellor Rishi Sunak ahead of his Budget on March 3.

In December the Commission issued a report which made a raft of proposals aimed at taxing those with assets worth £500,000 individually or £1m for a married couple.

Now it has repeated its recommendations in a new document - Frequently Asked Questions - published on its website.

Mishcon de Reya, a law firm, says: “Many are already asking whether they are outside the scope of a potential wealth tax, and if so, whether they can take any action to mitigate its effect. The authors of the report sought to combat such action by applying the Wealth Tax based on residence in previous tax years.”

And it continues: “Speculation is rife as to whether the government will follow the recommendations of the report in the upcoming Budget.”

Here are two key questions from the FAQs, and the Commission’s answers, relating to property taxes.

Q: Why tax main homes even though they’re not a financial asset?

A: “Only the net value of homes would be taxable, after deducting any outstanding mortgage. It’s true that a home is much more than a financial asset. However, exempting main homes would lead to serious unfairness for those who are yet to get a foothold on the property ladder, or are saving to move up it. Why should someone who chooses to live in a more modest home but has amassed large savings for their retirement, pay more tax than someone who has spent everything they have on their house? If the government wishes to exempt ‘ordinary’ levels of wealth then they could do this by raising the overall taxable threshold.”

Q: Why tax main homes even though it’s not my fault it’s gone up in value?

A: “It’s not your fault that your home has gone up in value but equally it has been lucky for you that it has. It means that anyone who already owned a house several years ago is much better off than those who are trying to get on the housing ladder today. The large rise in UK house prices over recent years is mostly due to economic factors that no individual can claim credit for: for example, the fall in interest rates and the fact that there are not enough houses. These windfall gains have gone entirely untaxed for most people, because main homes receive a special exemption from capital gains tax, as well as a larger value that can be transferred free of inheritance tax.”

The other recommendations of the Commission are:

- the wealth tax should be one-off and in addition to - not instead of - existing taxes;

- the level of the taxation should be determined by government;

- it should apply to all those resident in the UK for at least four of the past seven years;

- it should take in a broad range of assets including properties and pensions;

- couples have a choice of being taxed individually or as couples;

- trusts should also be liable, under certain circumstances.

You can see the FAQ here.

The full report, issued in December, is here.

Vendors may have to estimate CGT on sales under new rule ...

A property tax specialist is warning that sellers of buy to...

Fraudulent sellers: solicitors must pay but should agents improve checks? ...

The Court of Appeal has overturned controversial fraud decisions which have...

The General Data Protection Regulation legislation coming into effect in the...