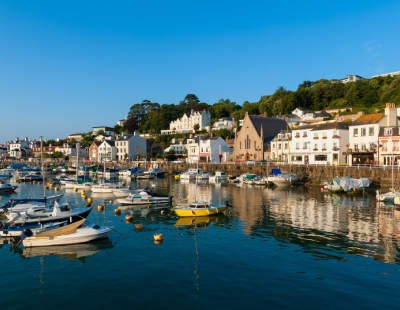 The high-end housing market on Jersey has been rocked by a plan from the island’s government which may ban foreign investors from buying some waterfront homes.

The island is a magnet for high net worth buyers, and one of Countrywide’s most upmarket brands - Hamptons - has recently entered into a partnership with a local agency to attract mainland buyers to the tax haven.

Part of the island’s coastline is scheduled for regeneration, with the Jersey Development Company seeking to build 1,000 new homes as part of a wider scheme.

But Senator Sam Mézec, a former Jersey housing minister, is proposing that foreign investors be banned from purchasing any of the new waterfront units.

This proposal appears to have the backing of the Council of Ministers - the main decision making body of the island’s government.

“Today the government have lodged an amendment to my proposition which, following discussions with myself, accepts that no homes built as a part of the proposed Waterfront development should be sold to foreign investors, and that we should maximise the proportion of affordable homes on the site”  Mézec has told the local media.

Each year only 20 new residents are permitted to buy on the island.

In 2019 a campaign called Tax Haven Justice - which wants companies and individuals taxed where they do business, rather than where they are registered - described Jersey as the seventh most “aggressive” tax haven in the world. The Jersey government responded by saying it was "fully compliant" with standards set by "independent global bodies”.

One of Countrywide’s high-end brands, Hamptons, has joined in what it...

Politicians in one of the most exclusive property enclaves are complaining...

First for estate agency as it acquires Channel Island company ...