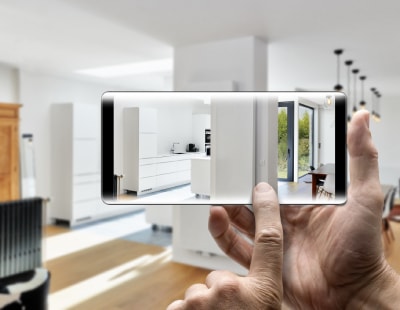 The agency that last year was showcased in the one-off Channel 4 show Britain's Most Expensive Houses is now to star in a four-episode series.

Guy Bradshaw, managing director of UK Sotheby’s International Realty, says: “Following the success of the pilot show in December last year and the positive feedback from old and new clients, we agreed to participate in this four part series.

“In today’s digital world, showcasing our less traditional working methods as well as our clients’ properties, made sense. Our agents enjoy doing things differently and in an ever-changing sector, we hope that each episode will provide an insight into the workings of our UK business”.

The original show reached 2.1m viewers - and went to to attract a total of 3m in total including the first week’s catch-up - and this new series will be made by the same production company, Waddell Media, for Channel 4.

Viewers will be taken behind the doors of more of the UK’s most incredible homes and this time will also include a taste of the Caribbean. The series follows prospective buyers as they view and purchase high-priced houses, as well as focusing on the work of the UK Sotheby’s estate agents managing the sale of these properties.

Jannine Waddell of Waddell Media adds: “This new series promises to be even better than last year’s hugely successful one-off programme, as we will be giving viewers not only a unique view into more fabulous homes owned by some of the most affluent people in the UK, but also an insight into the continued drive by so many wealthy individuals to move from the city to the country as a result of the pandemic.”

The first episode of Britain’s Most Expensive Houses is scheduled to air on December 29 and will feature historic estates in Berkshire and Wales, a striking apartment in St Pancras Chambers, King’s Cross as well as a selection of prime central London properties.

Subsequent episodes will air in January and will include one of the finest west coast ocean front estates in Barbados.

A new four part TV series is to lift the lid...

One of the country’s most exclusive agencies, UK Sotheby’s International Realty,...

Every cloud has a silver lining, and a high end prime...