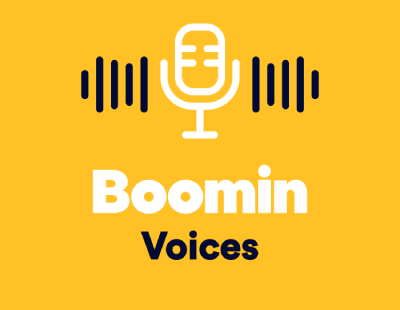 An England football manager who resigned after a newspaper sting is in a podcast series launched by Boomin and Purplebricks founders Michael and Kenny Bruce.

Sam Allardyce resigned as England manager in September 2016 after just one game in charge, following an investigation by the Daily Telegraph in which reporters posed as businessmen discussing FA third party ownership rules. A decade earlier Allardyce was named in a BBC Panorama documentary looking at football bribery. He has denied all accusations of wrongdoing.

Now the controversial ex-manager is named as one of the guests on the new Boomin Voices series of 30-minute podcasts.

The only other guests named are those with connections to Boomin itself - Stephen Murphy (chairman of Boomin and former chief executive of Virgin Group) and Will Whitehorn (a Boomin board member and former president of Virgin Galactic).

A statement from the portal - which is now over eight months old and has yet to produce significant data on agency membership, leads conversion, or consumer hits -  says the podcast series ”is dedicated to sharing the lessons and experiences from their own decade plus long entrepreneurial journey, lows as well as highs, in addition to those of their high profile guests from the worlds of property, technology, business and sport.”

The first episode is titled ‘Lessons in Leadership with Stephen Murphy and Will Whitehorn Part 1’, and the portal describes the format as relaxed, informative with no shortage of humour and banter.

Boomin says the podcast is ideal for anyone interested in enterprise and leadership, those working in the property industry “and also for those who want to look beyond the myths and the headlines and get a first-hand, real insight into the character and personalities of the Bruce brothers.”

Podcast host Kenny Bruce - who recently picked up an MBE for services to charity and his work supporting a football club in Northern Ireland - says: “We are excited to launch a Boomin Podcast featuring myself, my brother and some great people who want to join us in helping the wider industry navigate through their personal journey of success.

“We all need mentors, advice, input and guidance throughout life and we have been lucky enough to get a lot of it along the way. We have made many friends, had lots of ups and down, wins and losses, made mistakes and gathered experiences that could be helpful and valuable for others.

“So here we are launching a podcast for the first time. We are no Parky or Paxman but we’re having a go. We hope you join us and get something from it.”

Boomin signs up another 15 independents ahead of delayed launch ...

Boomin has announced another 15 independents as members of the site,...

Boomin signs another two agencies - more to be named soon ...

Boomin portal reveals how agents will be charged for listings ...

Boomin is to levy a traditional monthly fee for estate and...