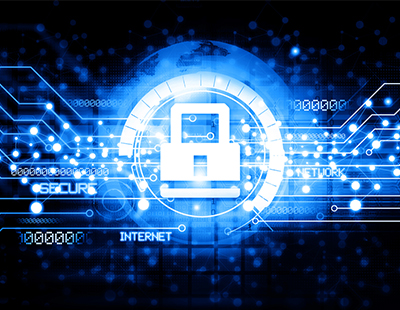 The police have been called in to investigate the ongoing cyber-security incident which has led to many firms in the Simplify Group being unable to process house moves in the usual way and at the expected speed.

Leicestershire Police force says: "[We have] received a report of a security incident and officers are working with the victim to establish the circumstances surrounding the incident.”

The presence of the police has prompted further speculation that the company has been the subject of a ransomware attack, with the ransom so far unpaid - but there has been no confirmation whatsoever about this.

Estate Agent Today yesterday attempted to get the latest statements regarding the police investigation from Simplify Group and the Council for Licensed Conveyancers; no responses have yet been received.

Simplify is believed to have chosen not to comment about the police investigation as it is ongoing, but on its website its latest update for agents and other users says: “Further progress has been made to restore a wider range of the systems needed to support normal operations after the recent security incident. Following intensive, non-stop work, by our teams and outside experts, we have now moved on from completing already exchanged transactions, and allowing those customers to move, to beginning to exchange contracts on files that are ready to exchange and complete.

“We continue prioritising those transactions scheduled to complete this week, we are also now working on cases that are nearing exchange of contracts, with systems in place to progress them through to exchange and completion. While this is still taking a little longer than normal, we have already exchanged a significant number of contracts and we expect the number per day to increase steadily as the capacity of our restored systems builds.

“We also remain up to date on completing transactions that have already exchanged contracts and we expect this to continue going forward. We also now expect almost all remortgage completions to be up to date and be kept up to date going forward.”

Simplify says it can assure all clients that all money held by the company is safe and kept in an an entirely separate system unaffected by the incident.

Estimates indicate that five per cent of all residential transactions in the UK now use Simplify Group brands which include JS Law, DC Law and Advantage Property Lawyers as well as Premier Property Lawyers.

There has been growing anger on social media from consumers whose house moves have been affected by the problem - which started back on November 7 - with much of the criticism aimed at agents as well as Simplify Group brands specifically and conveyancers generally.

Rob Hailstone, chief executive of the Bold Legal Group, told Estate Agent Today last evening: “ As conveyancing and conveyancers are now in the spotlight we should all (individually and as a collective) take this opportunity to consider the consumer. There are lots of comments being posted on social media, not just about the issues with Simplify and the firms involved, but about the buying and selling experience as a whole.

“Generally, chain details were sparse and very few people had received any information about the home buying and selling process (from any agent or any conveyancer), despite the fact that these guides are freely available: Help to Buy Guide and How to Sell."