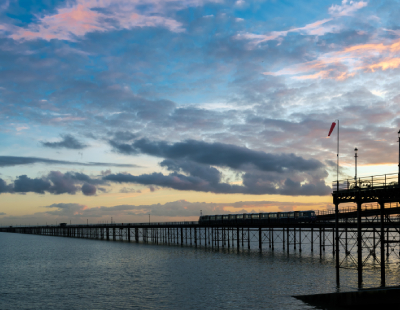 Sir David Amess, murdered at a constituency surgery last month, may have an unexpected housing market legacy for his constituents.

To commemorate Sir David, the Queen has officially granted city status to Southend-on-Sea, a resort town with a population of 190,000. The MP himself had lobbied for his beloved town to be awarded the upgrade.

Now, research by comparison website GetAgent suggests that the new status opens potential economic growth; it has analysed house price changes across six urban areas in England and Wales to have already gained city status in the 21st century and how they changed over the year following this change of status.

On average, house price growth across newly designated cities increased by 14.2 per cent over the following year versus just 11.6 per cent across England and Wales as a whole.

In 2000, national millennium celebrations included a number of towns in England and Wales being granted city status. One such town was Brighton & Hove. In 2000, the average house price in Brighton was £107,029: 12 months after receiving city status, it had increased by 19.3 per cent to £127,655. During that same year, the national average house price rose by just 11.6 per cent.

Wolverhampton also became a city at the same time. One year later, prices were up by nine per cent - slightly below average, but still a strong performance for the West Midlands market.

To mark the Queen’s Golden Jubilee in 2002, Newport in Wales and Preston in England’s North West were both granted city status. One year later, prices were up 28.5 per cent in Newport and up 26.1 per cent in Preston, both outperforming the national growth during the same year which sat at 20.9 per cent.

There appears very few exceptions to the rule - but two exist. For the Queen’s Diamond Jubilee in 2012, it was the turn of Chelmsford in the East and St. Asaph in Wales to become cities. The former saw immediate annual growth of 2.3 per cent while the latter saw prices decline by 0.8 per cent with both trailing the national average rise of 2.8 per cent.

MPs will next month debate a Bill which aims to have...