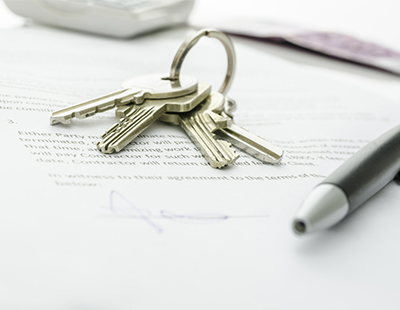 The average time for home-movers to get through the conveyancing process has dropped by 27 days since the summer, according to Rightmove.

The study reveals it is taking just over four months - 127 days to be precise - from a typical sale being agreed until it completes. This is down from five months or 154 days back in July.

The average time between 2017 and 2019 was three and a half months or 104 days; Rightmove says this suggests that “although conveyancing times haven’t fully recovered yet” the time to find a buyer is at a record low of 37 days nationally, meaning the total time sellers should be allowing is five and a half months.

So far this year Rightmove estimates that there have been 1.2m transactions.

There are a further 300,000 home-movers who are likely to make it through the conveyancing process in time to complete this year, and enjoy Christmas dinner in their new home. This is based on the average time of 127 days from a sale being agreed until completion.

Tim Bannister, Rightmove’s Director of Property Data comments: “The good news is that people moving home right now are hopefully seeing quicker conveyancing times than those earlier in the year. There’s likely to be a conveyancing rush in December among those people desperately hoping to be able to celebrate the festive period in their new home.

“Since 2014 the number of home sales in a year was pretty consistent at between 1.1m and 1.2m but the effects of the pandemic have disrupted that level this year and we’re likely to end up with the highest number of sales in one year since 2007. More people have been relocating, more have moved to bigger homes, and many made use of the stamp duty holidays.

“Demand is still remarkably strong for the time of year and sales are up on this time in 2019, and it seems there’s a new group of people in the market.

“Some are considering if they need to be near a station to commute to work, there are down-sizers realising now is a good time to cash in, and first-time buyers have a renewed energy to find their perfect place in busy towns and cities. Sellers thinking about making 2022 their year to move should be starting to get ready to sell, as if they get going now they could be in their new home before spring next year.”

Rightmove reveals where homes appreciated most and sold fastest ...

Rightmove has revealed the top 10 locations outside London where asking...

A website has slammed the idea that there is a surge...

Conveyancers want 'log book' and 'home report' for each property ...

The Conveyancing Association wants the creation of a ‘log book’ and...