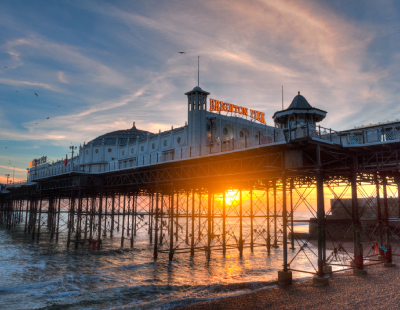 There is pressure growing in Brighton for the city to hold a referendum giving residents the opportunity to ban new build homes being used as holiday homes or possibly even buy to lets.

Over five years ago the Cornish port of St Ives voted for a neighbourhood plan which included a provision stopping future new-build homes being sold to anyone other than permanent owner-occupiers from St Ives and nearby locations. More than 83 per cent of voters backed the plan - 3,075 in favour to 616 against; turnout was just over 47 per cent.

Now there is pressure from rental activist group Acorn a similar vote in Brighton, although it is uncertain whether a neighbourhood plan could cover the entire Brighton & Hove council area, and whether such a ban could extend beyond new-builds sold to holiday home purchasers.

Earlier this week Acorn organised a public meeting entitled “Ban Second Homes” as well as a lobby of the town hall.

At the local Acorn branch annual meeting in October, there was a call for a campaign within the Brighton and Hove areas for a motion at the next council meeting - to be held in mid-December - demanding a city-wide referendum on the second homes issue.

If such a referendum is held, and supported by a majority of voters, it could result in the banning of new-build homes being sold as second homes - a move similar to that adopted by small villages and ports in some parts of the UK following that 2016 St Ives decision.

“The issue of new developments being intended primarily for sale as second homes, as well as the increasing number of existing properties being purchased on a buy to let basis, is one of a number of reasons why finding a home in Brighton is becoming so difficult and expensive for ordinary people who actually live in the city” says Acorn.

Agent warns that board ban must be policed if it is to be effective ...

A leading estate agent in a town where the local council...

For Sale board ban to be widened - with agreement of some agents ...

A ban on agents' For Sale and To Let boards is...

Crackdown on agents’ boards as code of conduct is torn up ...

A council cracking down on the increase of illegally positioned estate...