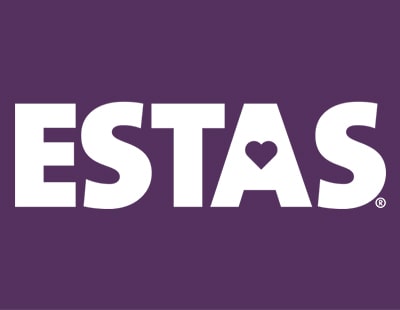 TV property expert told the 1,100-strong audience: “You’ve had to work incredibly hard, you’ve had to adapt your businesses, you’ve had to absorb considerable costs to follow the protocols and to enable things to happen safely. Quite simply delivering great service has never been more challenging so The ESTAS Awards for 2021 are the most well deserved ever in their entire 18 year history.”

National Grand Prix Awards were also announced for the Best Single Office in the three sectors of agency, conveyancing and mortgage broking.

The best broker title was won by Cooper Associates from Taunton in Somerset. The Best Conveyancer Award went to Tolhurst Fisher in Southend on Sea. There were also Grand Prix titles for Pinewood Properties Chesterfield in Derbyshire in the tenant category and Infinity Property Solutions in Harrow for landlords. The Grand Prix gold for Best Estate Agent Office was won by Hewitt Adams based on the Wirrall in Merseyside.

In the national group categories for conveyancing there were wins for The Partnership, Boys & Maughan and AV RIllo whilst in agency there were golds for Northgate, Anthony Pepe, The Property Centre and Countrywide.

As well as regional awards The ESTAS presented ‘Best in County’ titles helping agencies and conveyancers to gain an advantage in their local areas, 146 firms were recognised for the service they deliver to their clients.

The Supplier of the Year category – sponsored by Angels Media, publisher of Estate Agent Today – was won by TDS Northern Ireland, with PayProp taking the silver and bronze awarded to Agency Express.

* Amongst the ‘Best in Sector’ supplier winners were Homesearch for Best Instruction Generation Tool, Goodlord for Best Letting Software and ValPal for Best Valuation Tool.

One award in particular brought the crowd to its feet as Kerfufflefounder Simon Whale presented property industry trainer and mentor Stephen Brown with the Community Champion award.

Whale told agents: “In the face of adversity and the tragic loss of his wife Sam to cancer, Stephen did not let it stop him as he went full force to raise money together with agents and suppliers, to deliver computer devices to children who were homeschooling during the pandemic." The entire room rose to its feet to give Stephen Brown a huge standing ovation.

His Computers for Schools campaign has successfully raised over £80,000 through donations from agents and suppliers. Stephen says that he hopes to see the total raised hit £200,000 as “there are still so many people to reach and help. We are allowing agents who are involved in this campaign to choose local schools and organisations in their own community to benefit from the devices that are being funded by their donations.”

Some 1,100 guests are expected to attend the ESTAS awards tomorrow...

The biggest awards in the residential property sector, The ESTAS, has...