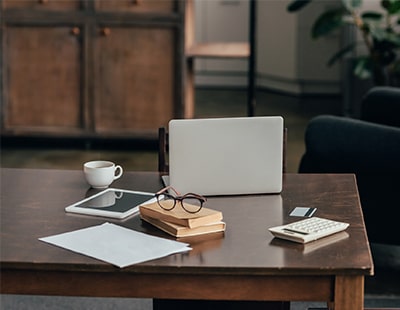 A leading business consultancy says the level of working-from-home in the UK by 2025 will be five times that before the pandemic.

Estate agents are currently advised to work from home where possible through the current national lockdowns across the UK; some agents have been working this way almost continuously since the first national lockdown began almost 10 months ago.

Now Deloitte UK - which has itself already announced the closure of four of its 50 offices in this country as a result of increased remote working - says in a forecast based on a survey of corporate chief financial officers: “Business leaders believe the pandemic will permanently change the business landscape. CFOs anticipate a five-fold increase in home working relative to pre-pandemic levels by 2025 and believe that the state will be both larger and more active in the long term.”

In the short term over three quarters expect Covid-19 restrictions on movement and activity to continue through the first half of 2021, while 57 per cent expect these measures to be removed permanently in the third quarter of the year.

In the longer term the CFOs believe that the pandemic is set to trigger a fundamental change in the business environment.  An overwhelming net balance of 98 per cent expect flexible and home working to increase – with a five-fold increase in home working expected by 2025.

Already this year one agency, Century 21 UK, has introduced a new business model called Solo, which is designed to allow self-employed agents can work from home and share a territory with High Street based Century 21 agents.

In recent months the Guild of Property Professionals suggested that in a survey of buyers, the importance of a home office increased from 12 to 21 per cent, with more prospective buyers happy to consider homes further away from their workplaces as a result of increased working from home.

Before the first lockdown, employed Britons were willing to live an average of 23 miles away from their workplace, but later in 2020 that that changed to 56 miles away.

Poll: After the pandemic is your agency...

Third of agents say some staff will permanently work from home ...

A third of agencies say at least some of their staff...

Agents urged to go appointments-only in one-person offices during Covid ...

Agents are being advised to operate an appointments-only system if they...

Guild agents to be advised on running businesses remotely ...

The Guild of Property Professionals is to give guidance to agents...