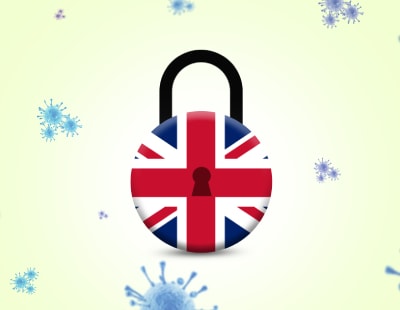 Property commentator Phil Spencer says lockdown - which we know will now last for another six weeks at least, and possibly longer - will suppress both viewings and sales.

Spencer makes the claim in the latest blog, which will appear shortly on his Move iQ website but is available exclusively now for readers of Estate Agent Today. He says that there will continue to be a frenzy of activity prompted by the stamp duty holiday, as buyers and all involved in the process rush to meet the March 31 deadline, but thereafter the market becomes unpredictable.

“Even though the market remains ‘open’, current lockdown restrictions will have suppressed viewings and therefore sales levels going forward must fall” he warns.

Spencer’s comments come as Prime Minister Boris Johnson insists the current lockdown will continue until March 8 at least, with a route map out of restrictions being published in late February. However, he warns any lifting of restrictions will be “gradual and phased” following from March 8.

Spencer also cautions that further attacks on the market may be underway as Chancellor Rishi Sunak begins to claw back the huge public spending caused by Coronavirus.

“We already know the stamp duty holiday (which it turns out has helped sentiment rather than affordability) is ending in March, unless it’s extended after the debate on February 1” says Spencer.

“Furlough will end. Support for businesses will end. Unemployment will rise. The ban on repossessions will end. There is much talk about wealth taxes – which usually mean property taxes. I’m no economist, but I can’t help feeling a rise in capital gains is on the cards” he adds.

Here it is for EAT readers.

What sparked the housing market boom?

Given how powerful a role sentiment plays within a housing market, I certainly never expected a house price boom in 2020 in the midst of a global pandemic.

However, it turns out I had missed two key things.

The first was the lengths the UK government would go to to replace incomes and build some type of bridge across the carnage created by their Covid-19 prevention policies.

To put some context on this – the UK spent 1.5% of GDP alleviating the problems caused during the financial crisis of 2008. This time we have spent 26% of GDP.

Scratching the itch to move

The second point I really hadn’t factored in was just how much being locked up would make people want to move house.

It’s certainly changed what’s meant by the best place to live for families. With the need to commute reduced, people are now looking for green spaces, home offices and good broadband speed!

What was the result?

The combination of these two things produced something never seen before… Prices as well as sales volumes rose in the midst of a recession.

How did this happen?

My own perspective is that we had pent up demand from a large group of better-off people who wanted something really badly.

Thanks to existing equity in their homes, not being employed in vulnerable sectors of the economy (and therefore maintaining steady income) together with much lower living expenses and the confidence inspired by government support programs – simply cracked on and did what they wanted to do.

Demand was not evenly distributed across the market and wealthier buyers led the way. I feel this distorts some understanding of the numbers.

By October, mortgage approvals had hit a 13 year high. In November, 124,800 transactions completed – 18,000 more than the 5 year average for the month. According to Nationwide between June and December, the ‘average’ house price across the country jumped by more than £13,000 ending the year up by 7.3%.

These generate big headlines in the newspapers – but let’s remember it was being led by a relatively small and wealthier percentage of the population.

Looking back I guess it’s somewhat easier to see how it made sense. Everyone was imprisoned in their homes, lots of them realised that working from home was entirely possible, and home education in a limited space turned out to be a complete nightmare. There also has to be a growing fear that governments start considering lockdowns to be part of their operating procedure.

What can we expect from the housing market in 2021?

But, after decoupling from the wider economy – questions are naturally being asked about what to expect from the housing market in 2021.

From people I’ve been speaking to, opinions are divided. The coming months will be anything but predictable. There will absolutely be a hive of activity as everyone rushes to progress their existing deals before the stamp duty holiday ends.

But by contrast, even though the market remains ‘open’, current lockdown restrictions will have suppressed viewings and therefore sales levels going forward must fall.

The after-effects of the pandemic

It may well be that with the vaccine roll out underway and a Brexit deal agreed that a feeling of optimism abounds. However at some point, what chancellor Rishi Sunak has given, he will need to take away.

We already know the stamp duty holiday (which it turns out has helped sentiment rather than affordability) is ending in March, unless it’s extended after the debate on February 1st. Furlough will end. Support for businesses will end. Unemployment will rise. The ban on repossessions will end.

There is much talk about wealth taxes – which usually mean property taxes. I’m no economist, but I can’t help feeling a rise in capital gains is on the cards.

Peak get-me-out-here momentum may have passed and, yes, a lull is inevitable. But households have apparently tucked away £100 billion of surplus cash, and so when lockdown ends, the vaccine has generated herd immunity and expenditure rockets across the board in every high street, shop, restaurant, travel agency, airline and events company – it’s hard to imagine we won’t see some sharp price hikes across the service sector.

A simple case of supply and demand! Despite this, I suspect the level of consumer spending will go off the charts for a period of time.

Property is not a perfect hedge for inflation but it does have a long-term record of delivering real returns – and if interest rates remain lower than inflation (which they should), mortgage holders could find themselves enjoying an unusual mix of low payments and, in real terms at least, a shrinking debt load.

Something to think about anyway!

Now I’m not suggesting rushing out to build a buy-to-let portfolio, but perhaps it does give reason to feel that the UK’s long-awaited house price crash is going to be delayed for some time. Again.

People do need to be cautious; they absolutely need to be price sensitive. They need to buy for the long-term and look for opportunities to add value.

But, I would also say that (depending on your circumstances), you might find some good mortgage/remortgage deals right now which I wouldn’t expect to last too much longer.

Phil Spencer advises agents: Save A Sale, Restore A Reputation! ...

There may well have been times in recent weeks when any...

As we approach the most unusual of festive periods, many property...