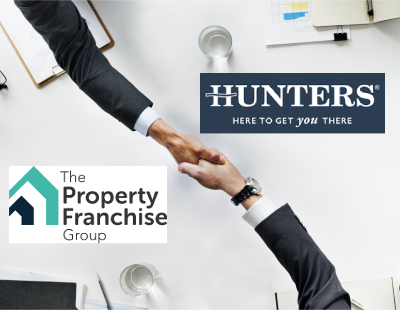 Talks continue between The Property Franchise Group and Hunters with both companies agreeing a new deadline of next Friday, January 29.

Just before the expiry of the previous deadline - at 5pm last Friday, January 22 - the companies announced that talks were still ongoing.

The Property Franchise Group is attempting to acquire Hunters, so the formal message posted on the London Stock Exchange by Hunters just before the start of the weekend read: “TPFG must, by no later than 5pm on 29 January 2021, either announce a firm intention to make an offer for Hunters … or announce that it does not intend to make an offer for the Company.”

The stakes are big.

If TPFG succeeds, it will take the 200 or so Hunters branches and add them to the 300 that it currently operates via a string of mostly regional brand names - Martin & Co, EweMove; CJ Hole, Ellis & Co, Parkers and Whitegates.

Hunters is chaired by prominent backbench Conservative MP Kevin Hollinrake and is worth around £22m. But in market capitalisation terms, TPFG is more than double the size of Hunters at around £48m.

TPFG’s approach to take over Hunters was first made public in early December.

It's A Deal! Hunters set to be taken over but job losses likely ...

It now looks likely that Hunters will be taken over by...

Belvoir has revealed that it has won the backing of a...