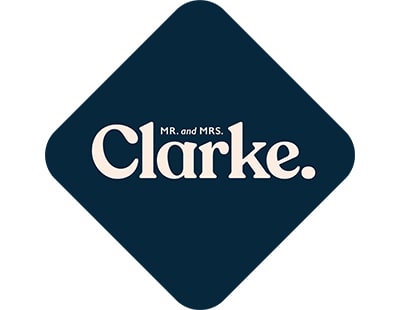 A hybrid agency is appealing to corporate estate agents to jump ship and try its self employed business model.

Mr & Mrs Clarke opened in 2014 and operates as a hybrid without a High Street office but with agents visiting vendors to give market assessments. It now has 14 franchised partner agents and has launched a recruitment campaign for more.

“Several of our partners have earned in excess of £100,000 over the past year and with our brand, design studio and admin support we believe that we are the ‘self-employed’ company of choice for the stylish and ambitious agent” explains founder Paul Clarke.

Estate Agent Today has clarified from Mr & Mrs Clarke that in fact two of the company’s partners earned over £100,000 in 2020.

In October the company revealed that its three latest partners at that time had no direct agency experience - two were described as property developers who had run a video company for 10 years, and the other ran a designer furniture business in Canada before settling in London.

Now it wants prospective partners not to submit CVs but instead send videos of themselves selling their home, garden or local area.

“We are looking for a modern estate agent. The videos don’t have to be perfectly edited, but it is what they say, how they carry themselves and their approach” says Debra Tuck, head of talent at the agency.

Meanwhile franchise giant Winkworth is opening a new office in Hellesdon near Norwich in East Anglia.

It will be run by Jamie Moore and is his third office franchise in three years for Winkworth, following the opening of Southwold on the Suffolk coast in 2018 and Poringland, five miles south of Norwich, in 2019.

Dominic Agace, the agency network’s chief executive, says: “This new office opening strengthens our presence and reinforces our ambitions for further expansion in East Anglia. We believe 2021 will continue to see more people responding to changing working patterns and looking to move. We are keen to talk to independent agents or those who would like to start their own businesses in the region.”

Franchise giant Belvoir has snapped up one of the earliest British...