Should buyers show ‘proof of funds’ before being allowed to view a home? 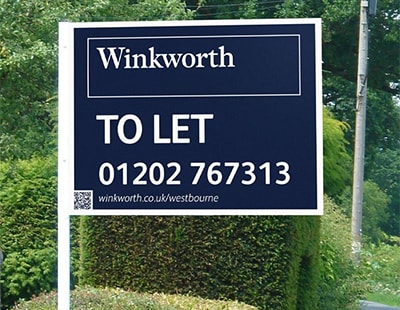 Franchise giant Winkworth has reported an 11 per cent drop in gross revenue and profit plummeting 20.2 per cent in the first half of this year.

Sales income across the network fell 17 per cent, Central London business dropped 27 per cent, and on a wider basis the company says “we have seen a fall in new franchise applicants.”

Other figures issued by the company for the first half of 2020 show a seven per cent decline in lettings and management income, despite an eight per cent rise in country rentals, while pre-tax profits dropped 4.15 per cent.

Sales now account for 45 per cent of the company income, with 55 per cent for lettings.

The company’s head office lease expires this month “giving us the flexibility to extend and renegotiate one of our major overheads” explains non-executive chairman Simon Agace: the company also closed one branch in the first half of the year.

“We have signed one new office this year in Long Melford and have three further openings in the pipeline for H2. In line with the hiatus in the market, we have seen a fall in new franchise applicants” adds chief executive Dominic Agace.

He adds: “A significant amount of management time has been spent on dealing with the unique challenges presented by Covid-19, and the prompt re-opening of all of our offices led to an increase in our market share.

“But we have also remained focused on delivering our strategy of creating profitable growth for the long term by developing new opportunities and optimising performance.

“From an operational point of view, we continue to invest in our digital offering and the launch of a new platform for our website in H1 2020 has enabled us to integrate seamlessly with new PropTech solutions. The early signs for the new website platform are extremely encouraging as we drive record leads to our offices.”

He concludes by saying: “In the absence of further Covid-19 restrictions the board is expecting both sales and rentals activity to be positive for the remainder of the year.”

Should buyers show ‘proof of funds’ before being allowed to view a home? ...

A traditional problem for agents has been ‘tyre kickers’ who come...