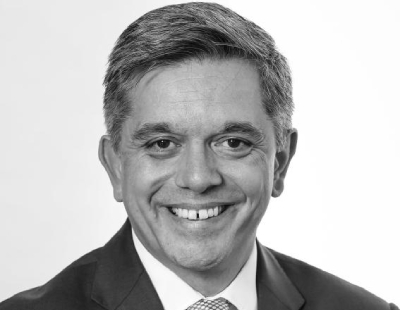 As many in the industry will know, Ian Westerling passed away last week at the age of 51: he was a well known, popular and highly respected figure. His family and the agency of which he was managing director, Pike Smith & Kemp, have released this appreciation of his life.

"It is with immense sadness that we announce the sudden death of Ian Westerling, co-owner and managing director of Pike Smith & Kemp.

"In a career that spanned more than three decades, Ian was a well-loved and highly regarded figure in the world of property. He was passionate about the sector and gave up a tennis scholarship in the United States to take up his first agency role with GA Property Services in Thame, Buckinghamshire, in the late 1980s.

"His early career saw him rise through the agency ranks with Rafferty Buckland and Brown & Merry before building land and new homes experience with the Sequence group. His senior management career advanced thereafter with a move to Hamptons International, where he met his wife Catherine, and continued at Chesterton Humberts before he was appointed Managing Director of Humberts in 2014.

"2018 saw him step into the world of PropTech, heading UK operations for an Australian-based firm, alongside joining the board of London-based Daniel Cobb as a Non-Executive Director the following year. Ian was proud to hold the position of Vice President & Regional Executive of NAEA Propertymark from 2018-19.

"In early 2020 Ian became co-owner of Berkshire, Buckinghamshire and Oxon based Estate Agents Pike, Smith & Kemp. Peter McArdle, Ian’s partner and co-owner, said: 'Ian’s knowledge and love for the industry was unwavering and infectious. To his colleagues, he was generous and giving of time – a true mentor – and huge fun to be around. But above all he was a family man through and through. He was much loved and admired by all who knew him and our thoughts and heartfelt condolences go out to his family and his many friends.'

"Industry colleagues are invited to share photographs and stories with Ian’s family at RememberingIanWesterling@gmail.com. In support of the many charitable causes Ian was involved in, his family has set up a fundraising page for those who would like to donate in his memory."

Everyone at Estate Agent Today and Angels Media send their condolences to Ian’s family, friends and colleagues.

It has today been announced that the Natural Retreats group has...