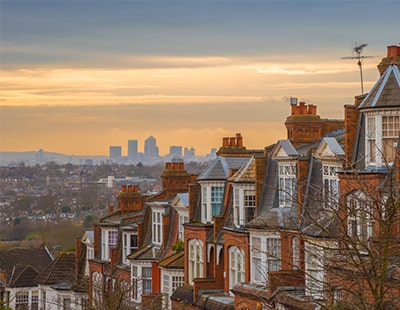 A leading buying agency is warning sellers and buyers not to jump the gun and abandon London in the belief that it will never be the same again following the pandemic.

Charlie Rearden of Stacks Property Search says there has undoubtedly been a move out of the capital and other major cities, with sellers selecting greener locations.

“We would sound a note of caution; this pandemic has triggered a great deal of lifestyle re-evaluation, but temper the grand plans with sense-checking and a good dose of reality” he says.

Rearden believes many sellers have chosen locations that were either once their holiday destinations of choice, or are at least much further from London before in the belief that working in an office rather than from home will be no more than a two or three day a week activity in future.

“If London has been your life and your base for years, be wary of ditching it all together. London life will return. If your part time commute is too far away, you’ll find yourself missing out on the social and cultural aspects of the city that you used to enjoy.

“If you’re expecting to be in London for a couple of days a week, be realistic about where you’ll stay; it may seem acceptable to do a longer commute two days a week, but the reality may not look so appealing in cold dark January if you don’t have anywhere to sleepover between office dates.

“Swapping a two-hour commute five days a week for a four hour commute twice a week makes sense mathematically, but don’t just look at the figures, try the commute on for size before you get carried away. Don’t stretch too far, if your journey becomes wearing as life returns to normal, you may regret your far-flung destination. And don’t just consider the time on the train, factor in getting across London too.”

In particular he warns that people who choose a former holiday favourite as their permanent base need to do careful research that it “doesn’t turn into Ghostville for six months of the year.”

Other factors which may have been relegated in recent months will become primary activities again at some point in the post-pandemic future, Rearden reminds sellers and buyers.

“Ignore at your peril vital factors such as schools, childcare, commuting cost, frequency of trains and broadband speeds” he cautions.

Stacks says it anticipates that locations offering “a sustainable stretched commute” will perform exceptionally well against the backdrop of the wider market over the short and medium term.

The number of commuters spending more than two hours travelling to...

The British Property Federation has made an outspoken intervention into the...