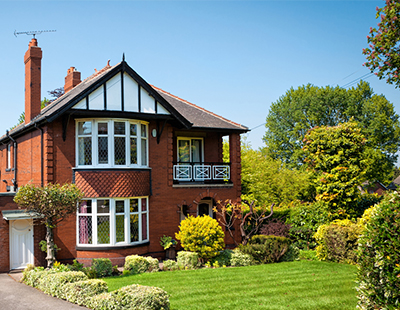 Rightmove says a study of some 400,000 homes on its portal has revealed that those with a coveted south-facing garden have asking prices £22,695 higher on average than comparable properties without.

The national average asking price of three and four bedroom homes with a south-facing garden is £369,365, compared to £346,670 without.

There are a number of regional variations, with homes in Yorkshire and the Humber commanding the biggest asking price premium, at 14 per cent.

The analysis also found that homes with south facing gardens sell more quickly than those without, in almost all regions.

Again, Yorkshire & the Humber performs best, with these homes finding a buyer on average eight days faster. The national average is two days faster, with eight out of 11 regions all finding buyers more quickly.

Prospective buyers searching on Rightmove and stating that a garden is a must-have for their next home doubled in June 2020 compared to June last year. Total searches were up 56 per cent for the same period, meaning - the portal says - that home-hunters are searching more, but especially for gardens.

Rightmove’s property expert Miles Shipside says: “The key is to have the garden looking its very best for pictures and viewings. A quick lick of paint to a garden fence or shed helps, and it sounds simple but mowing the lawn and putting out a few garden chairs can give would-be buyers the chance to picture their new lifestyle.”

The Connells-owned high end agency Hamptons is to sponsor what it...

The sizes and numbers of gardens in London are reducing because...

Third of homes on sale have no outside space, claims online agency ...

Research  by HouseSimple suggests that over 31 per cent of homes...