Agents Do Charity - as the summer heat is on…

It’s hotting up outside and while this is set to be a summer-like-no-other, we’re delighted that some agents are still able to fund-raise despite the restrictions.

If you would like some no-charge publicity for your great work, please email press@estateagenttoday.co.uk and we’ll do the rest.

Now, on with the show…

Magic Moments: This wonderful children’s charity, supported by estate agents across the UK, may have had to put its trips to Disneyland Paris on hold because of Coronavirus but it’s still managing to bring some cheer to the youngsters from hospices.

The charity, set up by the family-owned Spicerhaart estate agency, has raised more than £1.55m over the past 21 years and taken hundreds of children with life-limiting illnesses and their families to meet Mickey and Minnie and their Disney friends.

Chairman of the trustees, Jonathan Martin (pictured), says: “It’s obviously hugely disappointing that we aren’t able to make the trip with the children this year, particularly as their health is so vulnerable, as they absolutely love seeing the Disney characters and going on the rides. For many, it’s the last time they’ll have such an experience with their parents and siblings. 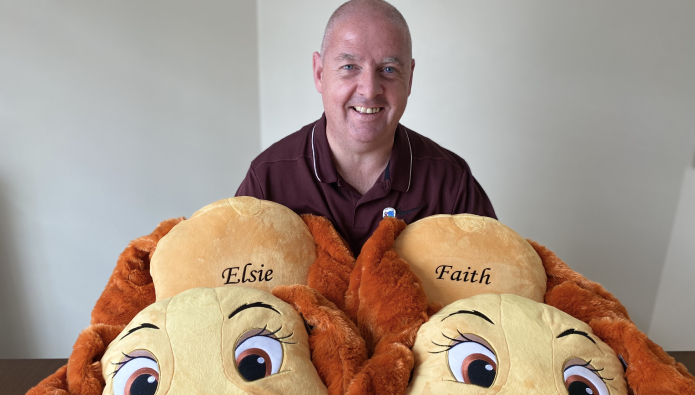 “So, instead, we decided to send a bit of Disney to them and we raided the Disney store online for treats and memorabilia, including embroidered cushions with the children’s names. They were absolutely delighted with their new goodies.”

Norwood makes an invaluable difference to people's lives. It has a multi-disciplinary team of practitioners and a family of services designed specifically to support vulnerable children and their families and children with special educational needs.

Please support this charity if you can: more details here.

Bishop’s Stortford College: Young artists at this college have been recognised for their creative - and given a little boost by estate agency Savills.

The local press in the town reports that entries were judged by Justin Godfrey, head of office at Savills in the town, and his colleague Simone Berney.

Justin says: "We've been sponsoring the awards for several years and I'm always hugely impressed by the quality of artwork on display. This year was obviously a little different because we had to judge everything virtually, but the standard of work just gets better and better. It's always so hard to pick our favourites."

First prize of a £75 arts voucher was awarded to Libby H for her hand-thrown, carved and formed ceramic sculpture – described by judges as an amazing use of colour, texture and flow that they would be proud to have on their bookcase at home.

Second prize of a £50 arts voucher went to Sadie J for her oil painting on canvas which judges praised for its "pronounced feeling of floating”.

You can see the report and some images of the work here.

Agency review website RaterAgent has listed its top 50 agents for...

Agents Do Charity - singing it out for good causes ...

If it’s Friday it’s our regular round-up of fund-raising by and...