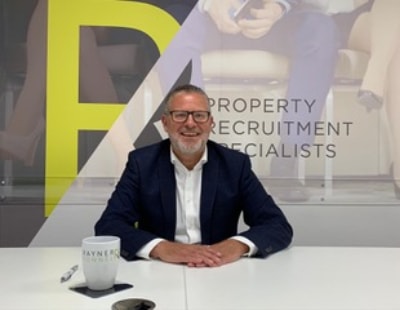 He is to lead the estate agency division of a newly turbo-charged property personnel company, and at the same time run his own consultancy advising agents.

Jervis is one of the best-known names in the UK property industry having worked his way up from negotiator to MD at Spicerhaart, the group that operates the haart, Darlows, Chewton Rose, Felicity J Lord and Butters John Bee brands.

Last year a new management structure was announced at Spicerhaart, and the departure of Jervis was announced in December. At the time, Spicerhaart chief executive Paul Smith described Jervis as having played a key role in building up the company.

Now after six months Jervis is back.

The company has announced an expansion strategy to involve licensees operating under the Rayner brand and - according to a launch statement this morning - working independently while enjoying “a big share of each recruitment fee they bring in.”

“The estate agency industry provides more choice than ever for agents now and it’s simply not the case that all opportunities suit all candidates” says Jervis, who is charged with driving new licensees to the Rayner brand.

“I’ve spent over 30 years helping great estate agents to be even better and I’m looking forward to accelerating that further in providing advice on whether a corporate, independent, online or self-employed role is the right route for each individual. Being honest with candidates and client alike on ‘fit’ makes for better overall relationships and less staff churn in the long run - so saving the client money. I’m extremely excited to be joining Josh and his team” he adds.

Jervis will run his own consultancy alongside the Rayner role. It will advise businesses on all aspects of agency including acquisition, sales, leadership development, presentations and public speaking.

Rayner Personnel Group chief executive Josh Rayner says: “I’m so looking forward to working with Russell, one of the sector’s biggest names and with a solid track-record of success.

“His famous ‘black book’ will accompany him and it’s this experience and these contacts documented over 30 years that makes him a phenomenal partner for us.

“We are a relationship-based business, rather than just transactional and Russell really understands that in supporting our ambitious expansion within the estate agency industry and beyond. Exciting times”.

As we reported a week ago, Rayner Personnel has appointed Rightmove’s former commercial director of estate agency, Jason Bushby, as managing director of its B2B Specialist Sales.

His role is to head up Rayner’s push into the business services and specialist sales arena.

Estate agency haart has announced the appointment of a new regional...

There’s a warning today to agency chiefs to keep in touch...