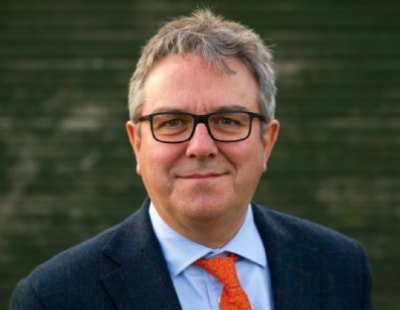 Tangney was one of a spate of partners who left Knight Frank’s Kensington office in short order - the others were Pete Bevan, who had been closely involved in high value PCL sales for some years; and office head Sami Robertson, who was regarded as a key contact in the agency for some Far East clients.

Now Tangney has been named as joining Rose & Partners, which describes itself this way: “R&P sells, advises, acquires property and offers rental and general property intelligence to discerning clients and everything is done with the utmost discretion.”

Founder Simon Rose says: “[Tom] is a seasoned pro with an exceptional reputation and a down to earth, but highly professional personality that really fits our business ethic. Tom brings a wealth of experience in the core areas of Kensington, Notting Hill and Holland Park, which further strengthens our coverage of prime central London areas."

Tangney got his first agency job in 1985 at Chestertons; he later worked at Douglas & Gordon in Battersea before being poached by John D Wood & Co in 1992. He joined Knight Frank in February 2000.

The joining statement from Rose & Partners includes an unusual swipe at some bigger name agencies, possibly including Knight Frank. It says: “Corporate firms are expensive machines to run and now expect their staff to maintain their KPIs in terms of cross-selling and cold calling.”

And in response to that Tangney is quoted as saying: “That’s not really me any more and I am looking forward to being able to spend more time looking after vendors and buyers alike. They are both the life blood for an agent in equal measure.

“Ours is a very social business, driven by contacts and networking, so it’s going to be good to have time to meet up with others in our business for a coffee or an after-work drink for a chat. It is often these casual conversations that open a door to some business.”

A former partner of Strutt & Parker in prime central London...

Knight Frank is predicting a post-summer slump in the prime London...

‘Stars aligning’ for supply and demand in prime London markets ...