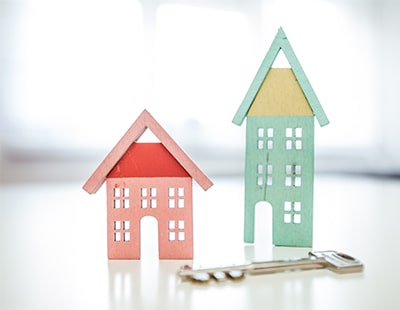 For several years the regular monthly RICS market snapshot has made depressing reading - now, for there second month in a row, it’s upbeat and carries good news for agents.

The Royal Institution of Chartered Surveyors latest analysis, out this morning, says buyer enquiries, agreed sales and new instructions have all risen over the past month.

And it adds that typical UK-wide house prices have risen for the first time in six months, driven by a turnaround in London and the South East,

At the national level, the number of homes being listed for sale increased in January according to surveyors’ feedback: a net balance of 19 per cent of respondents reported a rise, up from 11 per cent in December.

January also saw an increase in the number of people looking to purchase as new buyer enquiries rose to a net balance of 23 per cent, from 19 per cent in December.

As well as this, agreed sales rose for a second month in a row - a January net balance of 21 per cent.

RICS says this up-turn in activity is also reflected in the level of market appraisals undertaken over the month, which was higher than a year ago - this is the first positive reading for appraisals since they were first measured by the institution in 2017.

Even so, RICS describes the average stock level as still being “very low” at 43 properties per branch.

As sales activity improves, so house prices are seen by surveyors as rising, underpinned by particularly widespread increases in London and South East England.

“The latest survey results point to a continued improvement in market sentiment over the month, building on a noticeable pick-up in the immediate aftermath of the General Election” explains Simon Rubinsohn, RICS’ chief economist.

“The rise in new sales instructions coming onto the market is a noteworthy and much-needed development, given the lack of fresh listings over the past few years had pushed stock levels to record lows” he continues.

“It remains to be seen how long this newfound market momentum is sustained for, and political uncertainty may resurface towards the end of the year. But, at this point … contributors are optimistic regarding the outlook for activity over the next  12 months.”

Whisper it quietly but the housing market could be significantly stronger...

Zoopla’s Hometrack data research arm says the start of 2020 has...

The combined market share of agencies in the Guild of Property...