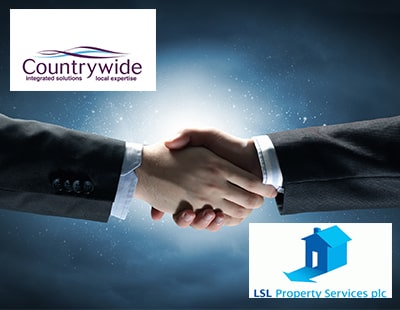 Both Countrywide and LSL Property Services have submitted early online paperwork to The Panel on Takeovers and Mergers, an independent body charged with ensuring fair treatment for shareholders.

This appears to add weight to the suggestion that LSL may be interested more in a takeover than a merger; LSL is smaller than Countrywide in terms of branches and staff but has substantially greater market value - about £360m - with Countrywide trailing with a market value of £110m.

News first broke at the weekend that Countrywide and LSL were in talks about a joint future. Since that time stock market online forms have been posted by shareholders in the two companies in line with the code, requiring them to disclose holdings.

As we reported yesterday, the deadline for a decision on the merger or takeover is 5pm on March 23.

Disaster for Countrywide as LSL pulls out of takeover talks ...

In a very brief announcement to the City and to its...