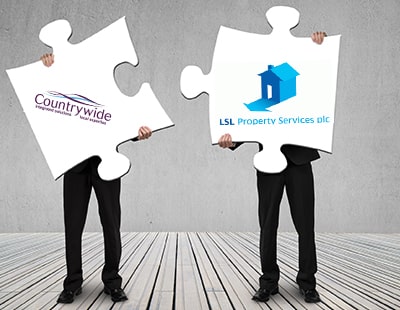 Sky News claims that Countrywide and LSL Property Services are discussing a merger to become a £500m super-agency.

In an exclusive it claims that discussions are said to be serious “although it was unclear how close the two sides are to announcing a transaction.”

It says that Countrywide and LSL are likely to be forced by the Takeover Panel - which polices listed company merger activity - to confirm the talks tomorrow morning.

The deal would create the UK's biggest estate agency group, and if it happens it would come at a critical time in the fortunes of Countrywide in particular, which has seen years of financial and reputational decline, while LSL has come out the other side of a restructuring in a strong financial position.

Sky estimates that the combined workforce of the two agencies would be 14,000 - raising the spectre of substantial job cuts if a deal went through to combine the multiple brands currently run by the two companies.

It’s been a torrid time for Countrywide in recent years.

A branch closure programme, a catastrophically-unsuccessful online experiment and the unpopular retail-styled restructuring under former chief executive Alison Platt - whose time in office saw the group’s share price lose 75 per cent of its value - were by no means the end of the Countrywide calamity.

One of those failures, revealed in October last year, resulted in a £100,000 fine by the Royal Institution of Chartered Surveyors; the earlier failure involved a £215,000 fine by HM Revenue & Customs as part of a swoop cracking down on lax money laundering procedures in the property sector.

In recent weeks there has been the management's apparent failure to complete a deal - that in December was supposed to be almost done and dusted - to sell Countrywide’ commercial arm, Lambert Smith Hampton, to a private buyer.

These have all led to a further long-term decline in Countrywide’s share price.

In the last 18 months LSL, by contrast, has been engaged in a branch closure programme that has had a high price in lost jobs but has seen the company’s overall fortunes improve.

The re-modelling of its Your Move and Reeds Rains businesses last year resulted in 460 lost jobs and another 440 staff moved elsewhere in the organisation.