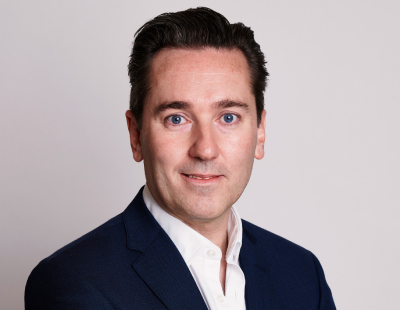 OnTheMarket is to undergo a revamp under its new chief executive, former Foxtons agent Jason Tebb - who has been given a joining ‘gift’ worth well over half a million pounds.

OTM is solidly in third place in the portal league table, although it faces the challenge of the new Bruce brothers’ Boomin portal early next year.

Even so, Tebb has been given a massive ‘golden hello’ of 379,249 ordinary OTM shares which will vest in three years’ time - at current share prices they add up to some £530,000. They are subject to performance conditions.

Tebb is to hold a series of so-called ‘town hall’ meetings with local agents in the first three months of 2021, to be conducted either virtually or face-to-face, to discuss agents' views on the portal.

OTM will also introduce voluntary functionality testing, allowing those agents who agree to be guinea pigs to provide feedback on changes to the portal. Those agents who are already early adopters of OTM’s new products will have an opportunity to be involved in their development.

Tebb says he will also work closely with the marketing and PR teams “to explore new ways of generating improved, measurable results” which the company claims “will ultimately produce more inbound sales, lettings and valuation leads, as well as supporting their member agents brands in their local communities.”

In the autumn Tebb’s predecessor - Clive Beattie, who now returns to his role as OTM chief financial officer having been acting chief executive for much of this year - admitted that marketing spend was one of the portal’s major casualties of cutbacks forced on the company by the Coronavirus crisis. It is thought some of these cuts may be reinstated shortly.

Tebb is also promising “a strategy of innovation through the evolution of the OnTheMarket platform, both for consumers and for estate agents, with enhanced market data, better tools, and new ways to interact with customers.”

In an email to agent members, Tebb writes: “As a former estate agent, I have first-hand experience of running both independent and corporate businesses.

“I’ve been at the coalface; sitting on vendors’ and landlords’ sofas winning instructions, managing difficult chains and negotiating with buyers.

“And it’s this first-hand perspective that I believe will help OnTheMarket to deliver a truly ‘agent first’ service. Keeping this front and centre of all we do will form the cornerstone of my strategy, both in the short and long term.”

“I join a business that already has very strong foundations. Significant progress has been made this year; record numbers of leads and, despite the economic headwinds, a strong balance sheet.”

Meanwhile in a brief trading statement the portal says that “as a result of continued operational progress and strong consumer engagement, the company now expects to deliver revenues and adjusted operating profit above market expectations for the current financial year to January 31 2021.”

It goes on to say that OTM revenue is expected to be at least £22.5m and its adjusted operating will be at least £1.5m. Full results will be issued next month.

As to the future, OTM says that as a result of the pandemic it is not providing financial guidance beyond the current financial year, end in late January.

But it adds: "With a strong cash position, the Company is planning to increase investment in the business in the coming year, particularly in new products and services, people and through restoring marketing expenditure to more usual levels. This will position OnTheMarket to take advantage of the significant growth opportunities available, benefiting the group in the medium and long term.”

OnTheMarket, which a few days ago indicated it was in profit...