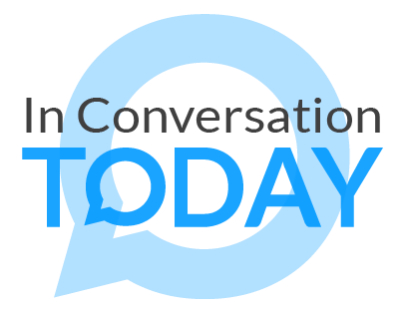 First off, hello and welcome to this new series – appearing in Estate Agent Today’s Breaking News section each month – where I will be asking hard-hitting questions to some of the biggest and most high-profile names in property.

To kick things off, we have an excellent Q&A with Lord Richard Best, better known to the industry as the chairman of the Regulation of Property Agents (RoPA) working group and potentially one of the architects of some of the most sweeping changes to agency for many a year.

In July last year, the RoPA working group – made up of property and consumer experts - filed a report to the government outlining its recommendations for raising standards across the property agency sector. 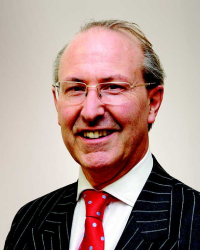 Lord Best is a cross-bench life peer who has sat under this title in the House of Lords since June 2001. He has a long-time association with housing, having been chief executive of the National Housing Federation (1973-1988), the chair of a housing association (2006-2014) and chair of The Property Ombudsman (2009-2017).

As well as chairing the RoPA working group, he is currently chair of a number of housing advisory boards and commissions, including the Affordable Housing Commission and the Trust for London Housing Advisory Board.

To the casual observer, the only significant RoPA progress in the past 15 months has been Baroness Hayter’s Code of Practice working party….is this disappointing to you, or have you seen more activity?

It is good to see Diane Hayter’s working group has been making good progress. But, yes, it is disappointing that, 16 months after we delivered our report to the Housing Minister, and despite it being well-received, no government action has followed.

Has the implementation process lost momentum because of the late 2019 Brexit controversies, the pandemic this year, and probably Brexit again dominating government time in 2021?

Over these 16 months, we have had three Housing Ministers and a backdrop of Brexit, the general election and Covid. It is not too surprising that RoPA has been on the backburner. But its time will come!

The rental sector is becoming larger and more recognised…is enough done to regulate this and are there aspects of it still too unregulated in your opinion?

The problems of bad behaviour by some property agents have not gone away. I still receive serious complaints of very poor practice, coming from both consumers - landlords as well as tenants - and other agents who are rightly aggrieved by unfair competition from the rogues.

Airbnb and other short-lets platforms may be temporarily damaged by the pandemic but look here to stay, with very few significant regulations and limited enforcement - what should be done about this sector?

It seems entirely logical that internet-based operators acting in an agency capacity should be covered by a new Regulator. But our Minister decided that we had enough on our plate without adding Airbnb and its rivals, so this is something for later.

Some company directors and managing agents are frustrated that they could have to take exams to ensure they are at a minimum of Level 4, when they’ve been in the industry for decades - can you understand these frustrations?

The chief complaint about RoPA’s conclusions is that we did not recommend the ‘grandparenting’ approach that would allow an automatic exemption from any exams for those who have been in the industry for many years.

We felt the Regulator could not judge competency other than by requiring a qualification. However, we did not envisage experienced agents having any difficulty gaining the necessary qualifying status and we noted that an agent could undertake the necessary input online.

Is the property industry well behind other industries on regulation, training, and licensing? If so, why is this?

In the past, unlike lawyers or surveyors or accountants, property agents have not been regarded as 'professionals'. But they play a crucial role in respect of decisions about the most important of people’s assets, enjoyment and wellbeing. Licensing and regulation are key components in upgrading the status and perception - the professionalisation - of this vital industry.

When do you honestly think the RoPA recommendations will have been enacted, with coronavirus and Brexit set to dominate life for some time yet?

We have had to be patient! I think we have lost a lot of time and some momentum. Because of the legislative backlog we may not see an Act of Parliament for some time. But there no particular obstacles to achieving a ‘Regulation of Property Agents Act’ since this is supported by all the sector’s key players and by politicians from all sides.

Although a public scandal could speed up the process, I fear we still have two years before the RoPA recommendations become legal requirements.

Thanks for your insight, Lord Best. Keep your eyes peeled for the next In Conversation Today article, which will be published in January.

Nat Daniels is CEO of Angels Media, publishers of Estate Agent Today and Letting Agent Today. You can follow him on Twitter @NatDaniels. He also writes a regular column – Property Natter – which appears in the Weekend Features section every two weeks.

Poll: The Regulation of Property Agents recommendations should be...

Countrywide: Where did it all go wrong? A former insider gives his view... ...

This week’s interviewee in the ‘In Conversation Today’ hotseat is a...

Agency regulation: still no government action, one year on ...

The recommendations to regulate and train the estate agency industry put...