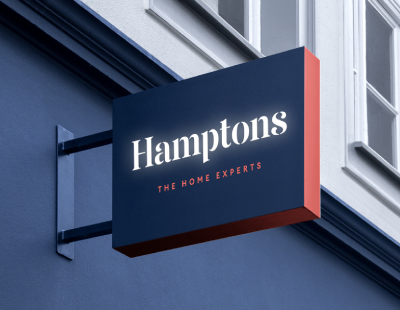 One of Countrywide’s top-end brands begins a TV advertisement campaign on Boxing Day.

Hamptons’ ad is the first ever TV promotion from the agency and is part of what the company describes as an integrated campaign following its makeover earlier this month.

Entitled ‘Hamptons: The Home Experts’ the ad will run for four weeks.

It will play on digital TV only - a move which Hamptons says is designed to reach a much more targeted audience than traditional broadcast television advertising.

The use of digital TV advertising enables the advert to play on mobiles and tablets as well as TV accessing all major channels, and on-the-go and on-demand TV environments.

"Earlier this month we revealed our brand new look to the world and now we're closing 2020 on yet another high with the release of our first ever TV commercial” says Lesley Cairns, Hamptons managing director.

“Debuting on Boxing Day we hope to reach into the homes of many as they settle down to enjoy the festive season.

“Our commercial is inspired by the people we meet every day and their different property needs, at various stages of their lives. We wanted to show that we really understand that buying or renting property isn’t just about bricks and mortar or the process, there’s so much more to it than that.

“Your home is important, it's special and it’s a big part of your life."

A 10 week marketing campaign is being launched by Zoopla -...

Complaints made against adverts issued by property firms have increased by...

Many agents will be closed on New Year’s Day - the...