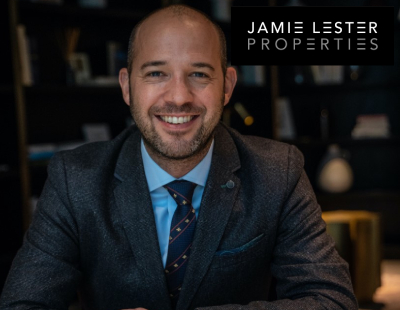 A former London estate agency owner and finalist on The Apprentice says he’s now returning to the sector to sell new-builds.

Jamie Lester now has 25 years of experience in the property business, and is known in that context primarily for founding his multi-branch company Haus Properties in 2011; it had four branches at its peak, in fashionable parts of the capital, although there was uncertainty over the viability of the business before Lester walked away from the firm in 2016.

Shortly afterwards he formed a property developer consultancy, advising new build firms on sales, marketing, branding, social media and public relations. Now he says he wants to use that expertise to sell new homes under his own banner, Jamie Lester Properties.

“Over the last few years, I was essentially running the sales and marketing process for developers, coming up with unique ideas and managing the vision for the development” he says.

“Whilst I was training the sales staff in their approach, I realised how much I missed the excitement of selling properties myself, and felt I could add even more value to developers by providing them with my vast estate agency experience too. Now I provide everything from start to finish.”

Lester says he will be selling new builds in the traditional estate agency style embracing marketing, viewings, negotiation, proof of funds, exchange of contracts and exchange.

He has already been appointed by one niche developer, Kuropatwa, to sell mews-style homes in north London and a similar development in the East End of the capital.

Jamie Lester won a national profile as a finalist on the BBC’s Apprentice series in 2010, when he was 28.