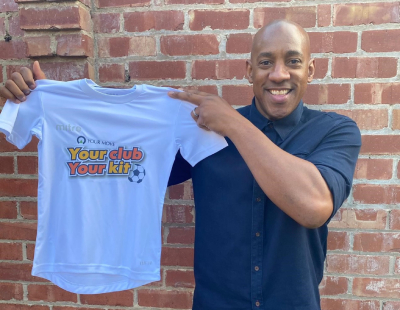 Your Move is to become the English Football League’s official Communities Supporter for the coming season.

The agency is already an Official Supporter of the EFL but the new communities dimension means it aims to build closer links with the local areas in which it operates.

The agency - which has over 150 branches nationwide and is part of LSL Property Services - will benefit from extensive digital advertising rights across the EFL network and services, and gain promotional rights at the five Wembley Finals in the 2020/21 fixture calendar.

But also, as the official Communities Supporter, it will work more closely with local football clubs and groups - possibly a valuable way of enhancing word-of-mouth and local awareness of the brand.

Agents' shirt sponsorship and similar single-club branding agreements are common but this appears to be one of the largest football deals yet by the agency industry.

To mark the announcement well-known ex-Aston Villa and England player Dion Dublin is backing one major initiative run by Your Move, called Your Club, Your Kit. This launches in the New Year and will give grassroots football clubs or school football teams across the country the chance to win free kits.

Dublin has told Estate Agent Today: “The Your Club, Your Kit campaign is a genius idea especially now that we’re going through really difficult times. To think that grassroots football and to think about giving kits away to local grassroots teams and communities is very thoughtful and very generous and why the Your Club, Your Kit campaign is something I definitely want to get involved with.”

The deal guarantees millions of pounds worth of exposure for Your Move, and the agency’s managing director Oliver Blake says: “I’m delighted that we are working with the EFL once again. It means we can now build on the great relationship that we’ve already established, keep the promotional momentum going and, as part of this, explore even more ways to build brand awareness and branch involvement at national and local community level.”

“Hundreds of players have started playing their football in local teams and our Club Community Organisations [are] running programmes, keeping children and adults active all year round - either virtually or in person when it is safe to do so. Community is at the heart of the League.”