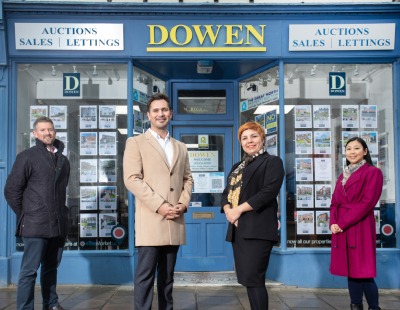 A North of England estate agency has been acquired in a management buyout.

After running the business since founding it in 1982, managing director Denis Dowen has transferred the agency’s corporate ownership to two members of his senior management team - John Nicholson and Trudie Bowes.

“Trudie and I have been part of the business for so many years and have watched it go from strength to strength, it’s a real privilege to be a co-owner of a five star estate agents and we look forward to building on the success the different businesses have enjoyed to date” says Nicholson.

Dowen was a founding member of The Great North Property Auction, which has now exceeded 2,500 sales since it began in 2012.

No financial details have been released about the deal.

Those of you who receive (and read) my Sunday PropTech Review...

PropTech Today: Out of hours leads - is quantity better than quality? ...