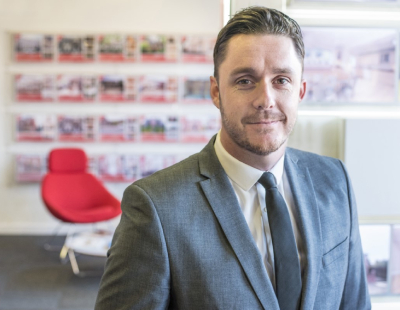 One of the country's largest group of independent agencies has named its new chief executive officer - and says it’s a testament to its policy of employee development.

The Venmore Group, the largest independent group of agency brands in the north west of England, has appointed Mark Russell as CEO.

He started with the group in 2014 as a valuer and soon became branch manager of Venmores, one of Liverpool’s oldest estate agencies.

In his new role he will oversee the management of six brands including estate agencies Venmores, Bradshaw Farnham & Lea, and Ball & Percival alongside divisions handling auctions, commercial and financial services.

He says: “It’s a privilege to take on the CEO role with The Venmore Group. The Venmore brand has been a mainstay across Merseyside for 171 years, as current custodian of this great name, I am excited to lead a strong combination of experienced management and hugely robust teams in delivering exceptional service.

“As an independent our business is ideally placed for continued organic growth within dynamic sectors across our estate agency, auction, commercial businesses and financial services.”

The current chief executive, Rob Farnham, moves to become joint chairman with Paul Lea - the pair bought The Venmore Group together back in 2008.

“From a personal viewpoint I came to the business several years ago having previously worked within the agency sector in Merseyside. The main draw to the company was the culture of empowering its employees to grow and flourish within the group which I am a good example of” adds Russell.

“The future is exciting and I am looking forward to seeing the business and all of our fantastic employees continue to go from strength to strength.”

A remarkable 37 staff promotions have been made by a national...

A foot in the door - Savills welcomes young people for work experience ...

One of the property market's leading names has welcomed young people...