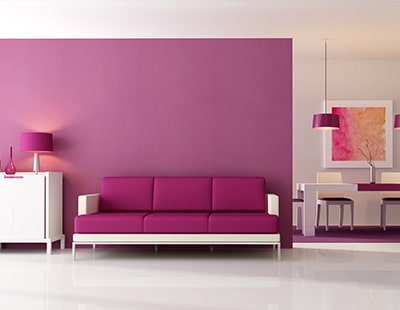 A new renovation start-up is operating across eight cities and claims to be able to transform properties - including ones that have proven hard to sell - and attract significantly higher sale prices afterwards.

In addition, the company will sub-let the property to paying guests during the renovation to help fund the cost of the work - meaning that, in theory, the refurbishment could be free or at least low cost to the seller.

The service is called flyp, is aimed mainly at empty properties, and works like this:

- it puts together a proposal for a renovation, which agents can present “as a bespoke transformation” to their clients. The work is typically completed within 20 days, so the home isn’t off the market long while the builders and decorators are in;

- flyp researches who the most likely tenant or buyer of the property will be, then tailors the design to that market. “flyp transformations are so dramatic that sites like Rightmove allow agents to re-list the property as new, generating a surge of new interest online and an influx of new viewings” says the firm;

- there are no upfront costs to vendors or agents as flyp hosts guests in the homes to generate revenue that helps to pay for the renovations. If there are any outstanding costs remaining when the property does complete, flyp recoups that from the sale proceeds.

In the last six months flyp claims to have worked on 45 properties and collaborated with over 140 agents - in its words “creating transformations that help agents get much higher offers on the property.”

It claims that on average, after a transformation by flyp, a property goes under offer within two weeks.

In one example given to Estate Agent Today, flyp invested £10,000 in a property that had been sitting on the market for four months, struggling to sell.

After flyp’s renovation the property was under offer in less than two weeks, and sold for £125,000 above its initial asking price.

flyp operates on a sole agency policy and says it “will help agents win instructions by offering unique benefits to their clients.”

She adds: “We currently focus on London and do a majority of our flyps there, but we're operational in London, Oxford, Cambridge, Bath, Bristol, Birmingham, Manchester, and York.”

The agency marketing expert Doctor Photo has launched what he calls...