Welcome to this week’s charity round-up, where we include a possible kick-start to your fund-raising efforts for 2020.

Whatever you’re doing this year, please let us know: drop a line to press@estateagenttoday.co.uk and we will publicise your efforts, your fund-raising address, and we’ll show some pics too if you include them. Thanks in advance for getting in touch!

Now, about that kick-start…

Agents Giving Fundraising Grants: The industry’s charity is continuing to support agents’ fundraising efforts this year with grants towards the set up costs of fundraising events, meaning more of the money you raise goes to your chosen charity.

Applying for a grant is simple and requests should be made in advance as Agents Giving will also help you with the promotion. You can fundraise for any UK charity - last year over 90 different charities benefited.

Grants of up to £250 per office per year can be awarded and requests should be made via a registration form on the Agents Giving website. To apply for a grant you must be fundraising for a UK registered charity.

Crisp Packet Recycling Scheme: You may have read the EAT story on an agency’s crisp packet recycling scheme - well now there’s an update, with the agency revealing the charities to which the funds from recycling will be donated.

The agency is Barbers Estate & Letting Agents in Shropshire, and the scheme takes place in tandem with the TerraCycle reclining company.

Barbers’ lettings manager Richard Heath says: “We’re delighted to be involved with TerraCycle. Not only does The Crisp Packet Recycling Scheme help promote recycling in Shropshire, the proceeds all go to charitable causes. We are splitting any money raised between Severn Hospice and Newport Scout Group. Crisp packets are being collected at in Barbers’ offices and by Newport Scout Group, who are also working with TerraCycle.”

For the sixth year, Chestertons turned each of its high street branches into collection points and worked with clients, staff, local community groups, businesses and schools to generate awareness of the cause.

Thousands of donations were made by so many generous people throughout November with one individual member of staff managing to collect 234 coats alone, but the biggest donation came from Chestertons’ Gibraltar office, which collected and shipped an impressive 685 coats to London.

Following the collection, a number of Chestertons’ staff used their annual ‘volunteer day’ to join other volunteers over the weekend sorting through all donations.

Most Charitable Business Award: Staff from Yorkshire’s Linley & Simpson agency have been nominated for a top award for supporting its local children’s hospice - including rolling up their sleeves to create a jungle adventure garden in the grounds.

The firm is in the running to be crowned Most Charitable Business in the Yorkshire Choice awards, which champions local people and independent businesses that are inspirational in their own way or the markets they serve.

Winners are chosen by an online public poll, running until January 31. 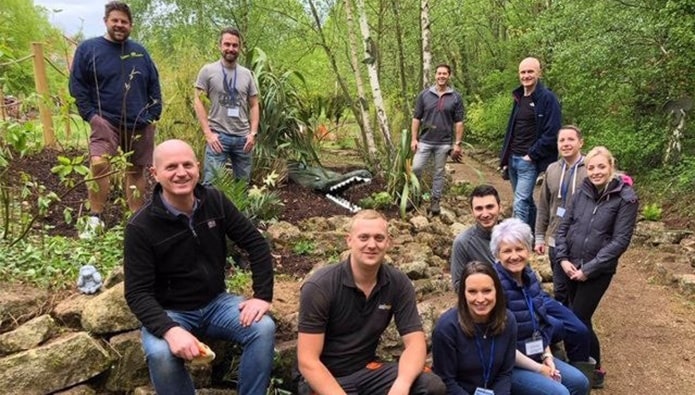 The agency has been nominated for its long-standing partnership with its chosen charity partner, Martin House Hospice at Boston Spa, near Wetherby.

In the last five years, its team of more than 260 staff have raised over £70,000 for the hospice, with events ranging from a sky dive to walking the Cleveland Way; from Dragon Boat racing, to a Great British Bake-Off cookery contest.

As part of the agency’s volunteering initiative, in which staff are awarded a day’s paid leave to support the community, colleagues have also rallied round the hospice by rolling up their sleeves to create wildlife and jungle adventure gardens in the grounds.

Polly Hale, Partnerships Manager for Martin House, said: “The commitment shown by the whole Linley & Simpson team is tremendous. We are privileged to have such a wonderful partnership with them, which has had such an impact on the children and young people we support.”

Emily Wilkinson, manager of its Wetherby office and the agency’s prime community link with Martin House, said: “Charitable giving is at the forefront of our business. The work of the hospice has touched the hearts of everyone working here, so as a home-grown Yorkshire businesses we are all thrilled to have been nominated in these awards.”

Agents Do Charity - the longest list of heroes yet... ...

Today we’re publishing what we think is our longest-ever list of...

Agents Do Charity - from London, Leeds, Nicaragua and beyond... ...