Hello - HNY and all that from the team at Agents Do Charity.

We’re delighted to be back with three great stories of fund-raising in our amazingly hard working and generous industry.

These are coming up shortly, but first just a reminder that we’d love to know your company’s fund-raising plans for 2020. Please drop us a line at press@estateagenttoday.co.uk.

Thanks in advance. And now, our first charity trio of 2020…

Ashtons’ £10,000 for Good Causes: The generous team at Ashtons agency in Hertfordshire has £10,000 to give to charity – and they need your help to decide which local causes should receive the funds.

Ashtons has offices in St Albans, Harpenden, Redbourn and Welwyn Garden City are raised money by hosting events such as a race night at Harpenden Cricket Club and sponsored 26 mile walk and litter pick, amongst other things.

A shortlist of 20 charities has been compiled from nominations by the public and Ashtons are asking the community to vote for their favourite cause.

An online poll displaying real-time results is open to the public between today and Friday January 31 to determine which charities will receive a proportion of the £10,000 raised.

Rather than just one charity benefitting from much needed and well deserved cash, Ashtons will distribute the total into £5,000, £3,000 and £2,000 donations based on the top three most popular charities.

There will be boards outside properties, with those homeowners having the opportunity to nominate a charity to receive £500 in a separate prize draw. To support the shortlisted great causes, place your vote here.

Cancer Research UK: Judith Marcham and Darren Currie, who sit on the Risk and Audit team at Hamptons International, have taken on a daring sky dive with the Red Devils Army Display team.

Now this dynamic duo have over £2,500 for charity.

The sky dive took place at Netheravon in Wiltshire, and the jump was over 13,000 feet.

Judith Marcham, risk and compliance officer, ays:“I wanted to push myself when raising money this year, so I enrolled myself on a sky dive with the Red Devils Army Display team. In the weeks running up, I kept ‘umm-ing and arr-ing’ but I did it. It was the most exhilarating thing I’ve ever done, my heart was racing before I took the jump, but when suspended in mid-air all I could do was take in the wonders of flying. I recommend it to everyone, and I’m so proud of how much we raised for such an important cause.” 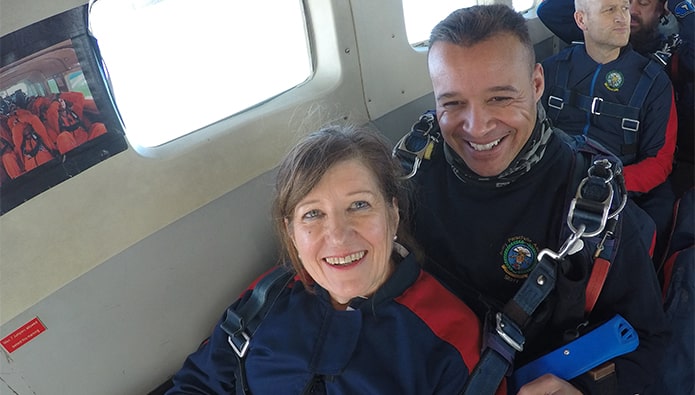 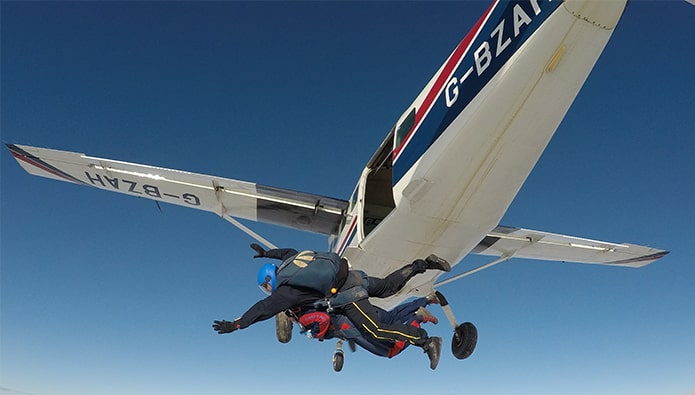 Cancer Research UK is Hamptons International’s charity partner, for its 150th year, it challenged each of its employees to raise £150.

To date, the team at Hamptons have raised an absolutely stunning £118,000 which brings the company’s overall total to £363,000.

Worthing Homeless: A team of agents from Jacob Steel came together to cook a traditional turkey dinner and spread some happiness for the homeless in Worthing over the festive period.

Team members from Jacobs Steel created the event to give homeless people the opportunity have a Christmas celebration. 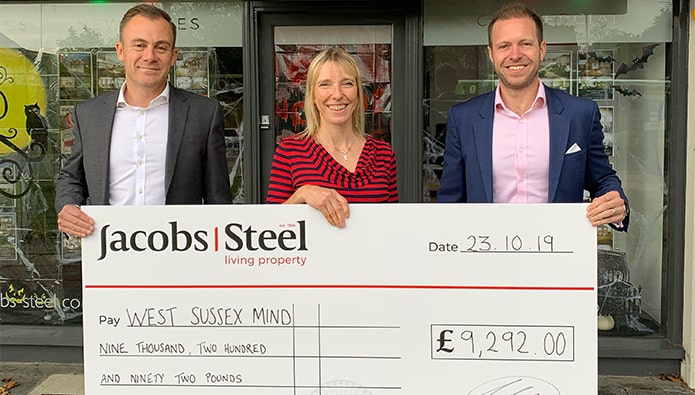 The 12-strong team prepared vegetables, roasted the turkey, played Christmas music and shared crackers with the people who attended the day.

Pat Barton, the agency’s managing director, says:“We have supported many charity events organised by other people so we decided to do something a bit different for Christmas. Being able to give them an occasion to forget about everyday life was the best gift my team could give this year.”

Agents Do Charity: never mind the ballots, here’s the fund-raising ...

Fangs for all your Halloween pictures…a bumper bundle today… ...

Thanks a lot - or should that be fangs so much?...

Agents Do Charity - on a big title-deciding weekend… ...

There may be lots of agents giving time this weekend to...